Microsoft (NASDAQ: MSFT) shares remained flat during the trading session on May 25, despite netting a huge new customer. Namely, the company signed up Meta Platforms (NASDAQ: FB) to become one of Meta’s strategic cloud providers for their Azure cloud business.

As per the deal, FB would expand the amount of Azure’s supercomputing power it uses to accelerate its own artificial intelligence (AI) research. Jerome Pesenti, VP of AI at Meta, commented in the press statement:

“We are excited to deepen our collaboration with Azure to advance Meta’s AI research, innovation and open-source efforts in a way that benefits more developers around the world.”

Shares of the company ended up flat in the after-hours trading after the news of the deal was announced. More recently, the shares started to trade below all daily Simple Moving Averages, where they remain still. Stable volumes could indicate that the shares are looking to stabilize though a dip below $245, could mean more pain.

Nonetheless, analysts give the shares a strong buy rating, agreeing that for the next 12 months, the average price could reach $357.10, representing an increase of 35.99%, from the current trading price of $262.52.

On April 26, MSFT released its earnings showing that the cloud growth was above expectations seeing a 46% year-over-year (YoY) increase in Azure’s revenue. The strong cloud showing by the company enables it to have $49.4 billion in sales.

“It wasn’t what the buy-side wanted. This is not good for tech. It’s the smallest beat we’ve seen in Microsoft for a while. Intelligent Cloud and Productivity was roughly in line, most of the beat was in personal computing. That’s not where we wanted to see the beat.”

Finally, on May 23, Jeffries came out with wide price-target cuts among other stocks including Microsoft, whose price was cut to $325, a share from $400.

Stiffening economic headwinds and the risk of the looming recession were mentioned in particular as the main reasons for the price cuts. 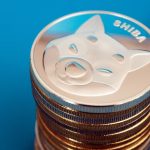 SHIB adds over 30,000 new holders in a month despite sluggish performance