Although cryptocurrencies do not have the status of legal cash in Namibia, the country’s central bank, the Bank of Namibia (BON), has announced that it has now included “virtual assets (VA) and virtual assets service providers (VASP) under its Fintech Innovations Regulatory Framework in a phased approach, through its innovation hub.”

The BON also highlighted in a statement issues towards the end of September that, although digital currencies such as Bitcoin (BTC) are still not legally recognized, retailers and dealers may take money in this form if they are “willing to participate in such an exchange or trade.”

Notably, the central bank said that it is contemplating making changes to “applicable laws and regulations diligently in consultation with other relevant authorities.”

The bank’s new stance on digital currencies seems to indicate that the BON is warming up to cryptocurrencies. The central bank has previously said:

It did “not recognise, support and recommend the possession, utilisation and trading of cryptocurrencies by members of the public.” The bank also warned Namibians there would be no legal recourse in the event they lost money.

Future of money an an ‘infection point’

In the announcement, Governor Johannes Gawaxab of the BON, who has been known to be sceptical of cryptocurrencies in the past, is reported as conceding that the future of money has reached a crucial juncture. He went on to explain:

“The future of money is at an inflection point. The battle between regulated and unregulated money on the one hand, and sovereign versus non-sovereign money on the other.”

Nonetheless, Gawaxab argues that central bank digital currencies (CBDCs) provide something that privately issued or developed digital currencies cannot. Nonetheless, the BON governor stressed that his institution, which is likewise examining and analyzing the viability of launching a CBDC, would not hurry into it.

“If CBDCs are explored and implemented with due care and caution, they could hold immense potential benefit for a more stable, safer, more widely available, and less expensive means of payment than private forms of digital money,” said Gawaxab.

The BON also shared that it will be releasing a CBDC consultation document in the month of October. 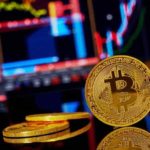