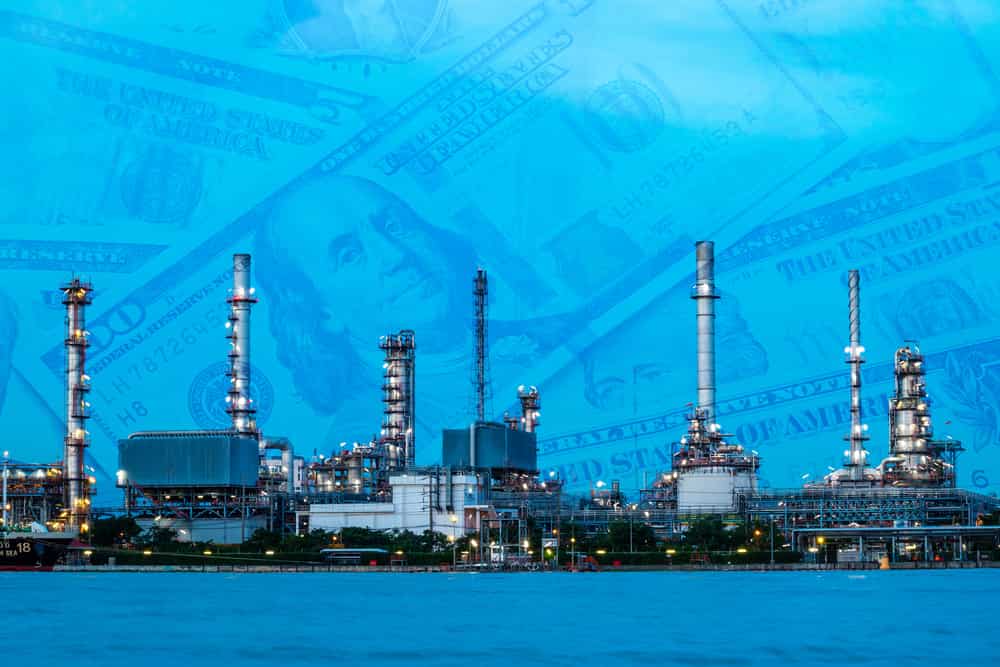 Note: This article focuses on the US gas market only

In the first week of October, it approached $6.50/MMBtu (Million British Thermal Unit). This price level was important as it is a multi-year peak, including the polar vortex event in North America in January 2014.

Excluding this abnormal winter, we would need to look back as far as the dawn of the great recession of 2008 to find higher natgas prices. Most people at that time had never heard of shale gas. But let’s take a quick look at everything in a simple order.

Short reminder: Shale gas is a form of natural gas (mostly methane), found underground in shale rock. It is classified as ‘unconventional’ because it is found in shale, a less permeable rock formation than sandstone, siltstone or limestone in which ‘conventional’ gas is found, and it is generally distributed over a much larger area

Why have prices jumped so much recently?

Winter hasn’t started yet, and there is plenty of natgas left in shale formations such as Appalachia (located predominantly in Pennsylvania and West Virginia), Permian (Texas and New Mexico), or Haynesville (Louisiana).

So why have prices jumped so much recently? The short answer: it’s complicated. The US natural gas market has never had so many moving parts as of recently. However, do not be concerned; you will have gathered enough knowledge to evaluate this industry confidently by the end of this article.

Shale gas has been a victim of its own tremendous success, and ever-increasing production pushed prices to extraordinarily low levels. At the same time, because of those extremely low prices, lots of natgas end users considerably expanded its use, especially for electricity generation but also industrial, commercial, and residential sectors. But at the same time, the shale gas boom hasn’t brought spectacular returns to shale pioneers. In fact, the very pioneer of the shale gas revolution and one of the largest producers  – Chesapeake Energy Corp. filed for bankruptcy in June 2020.

To understand this situation, we need to know breakeven levels for producers to make some sort of the price flag-post to lean against in our analysis.  For example, two of the largest US gas producers EQT Corp. and Cabot Oil & Gas reported operating costs in the range of $1.25 to $1.50/Mcfe (one thousand cubic feet (Mcf) of natural gas equals 1.037 MMBtu).

If we add $0.15 adjusted interest expense and $0.88 production depletion cost (EQT Q3 21), we get a total wellhead cost at around $2.30 (wellhead costs kept falling the last few years). In real market conditions, one needs to add transportation costs, etc.

It is assumed that the breakeven point for the last few years was around $2.30-2.50/Mcfe. And that most companies reported solid quarterly profits, then the price averaged $2.85. But Henry Hub’s price stayed below $2.50 for most of 2019 and 2020, taking away any incentives to increase production, and investors started to push for returns rather than quantities (similar effect observed on crude oil prices, more about oil markets here).

As seen from the graph below, in the last decade the US was very successful in developing LNG (liquified natural gas) export capacities. Those developments enabled the US to become truly a global player when it comes to natural gas. Not only does it allow it to absorb excess production but also get a better price in overseas markets (mainly in Europe and Asia).

On the flip side, only recently have world LNG prices started to make a more visible influence on domestic natgas prices. It seems that some natgas traders were caught off-guard by how rapidly that moving part came to play. For example, EQT, in its Q3 2021, earnings reported:

“For the three months ended September 30, 2021, the Company recognized a loss of $3.3 billion on derivatives not designated as hedges related primarily to decreases in the fair market value of the Company’s NYMEX swaps and options due to increases in forwarding prices which drove negative total operating revenues”.

EIA, in its short term natural gas outlook, predicts that through this winter, LNG exports would average 10.7 Bcf/d as global natural gas demand remains high and several new LNG export trains–the sixth train at Sabine Pass LNG and the first trains at the new LNG export facility Calcasieu Pass LNG–enter service. Those would be the record levels of export.

As we can see from the graph above, natgas prices shot through the roof around the time it became obvious that natgas inventories start to lag the 5-year average around June-July and accelerated into August-September. Therefore, inventory data is the ultimate indicator to watch. With weekly reports, it is rather the dynamic one but not as dynamic as the last moving part.

Natural gas prices are significantly influenced by the weather. The main reason is that, according to EIA, in 2020 natural gas was the main initial energy source of electricity responsible for 39% of generation. The hot weather can greatly increase the use of electricity for air conditioning (AC).

On the other hand, about 48% of all U.S. homes use natural gas for heating, while electricity is used by an additional 37%, U.S. Census Bureau data shows. Therefore, given low natural gas inventories, another event like a polar vortex could send natural gas prices to the moon. On the contrary, mild winter could send prices back to the $3 level much sooner than the market currently is anticipating.

NOAA predicts an 87% chance of a La Nina cycle this winter, particularly from December 2021 through February 2022. This pattern could virtually send natgas prices back to earth. And this is the fun part of trading natural gas as, at the end of the day, nobody knows what weather we will get. It is a little bit like “a box of chocolates”, as Forest Gump once said.

How to trade this market

Take into consideration all moving parts – first, the current natgas price. We already know that low prices reduce incentives to produce, while it is true for the opposite, high natgas prices eventually will encourage producers to drill more. Hence, we monitor price and drilling activity and the proxy for future production is drilling activity.

As we can see, lately, gas inventories have almost reached the 5-year average. Thus, for a mild winter, we are at a certain demand-supply balance. But prices have been way above the 5-year average. As a result, one could make a case to short this market.

Second, we need to take into account international natural gas markets, especially European and Asian benchmarks. And see if there will be higher or lower demand for American LNG.

Third, keep an eye on storage and any deviation from the 5-year average. As prices are historically high, any stockpiles breakthrough to the plus side would crush the prices. On the contrary, any deviation to the negative side combined with cold weather forecast would produce so-called “shooting stars” (rapid acceleration of the price followed by steep decline).

Therefore, take a comfortable position and prepare yourself for the fireworks this winter or the northern lights show if you wish.