Founders and insiders of the decentralized blockchain-powered platform for the Internet of Things (IoT) Helium (HNT) have been accused of profiting from the project at the expense of the masses who invested in the platform.

The insiders, including employees, their family and friends, and early executives, have been linked to 30 wallets that mined at least 3.5 million of all HNT tokens within the first three months of the platform’s launch in 2019, according to an investigation by Forbes published on September 23.

The report, whose findings were partly retrieved from on-chain data, show that the insider accounts comprised almost half of all HNT cryptocurrencies in circulation at the time. Notably, within six months of the launch, the insiders had mined a quarter of HNT tokens.

Under Helium’s plan, investors were required to spend $500 on devices resembling Wi-Fi routers that would mine HNT in a passive income scheme. Investors were promised that once the project surged, the network’s gains would be shared by all.

The company reportedly recorded a surge in investors attracted to elements like the profile of its backers, who included Andreessen Horowitz and Tiger Global.

For instance, one of the devices was linked to the home of Helium CEO Amir Haleem in California. The device is said to have mined 250,000 HNT in the first three months of inception. The wallet earned 455,000 HNT from mining rewards, worth $25 million at HNT’s peak.

The transactions by the company’s executive go against Helium’s founding principle of having a democratized system under the banner ‘People’s Network.’ Furthermore, the insiders are also accused of hoarding much wealth generated in their earliest and most lucrative days.

Elsewhere, the executives allegedly covered their tracks by failing to disclose the amount earned from Helium Security Tokens (HST), which guarantees about a third of all HNT for insiders. Interestingly, the insiders also tapped into the token’s public allocation leaving about 30% for the Helium community when the asset peaked.

However, the community has complained of low earnings and a more extended period that ran into almost a tear for the devices to ship.

Furthermore, Helium is also on the spot for reportedly exaggerating the nature of its partnerships, unique Salesforce, and the electric scooter-share platform Lime. Interestingly, the companies said they do not use Helium. The investigation summed up the company’s situation, noting that it is struggling to generate revenue.

Amid the controversy, Helium is already planning to roll out another project leveraging the 5G network. Under the project, Helium is collaborating with DISH and T-Mobile, where Helium will be paying for access to its network. 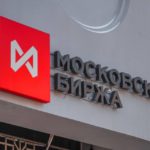