Apparently, the wallet identified as an “attacker” for generating a transaction that caused the collapse of the algorithm-based stablecoin project Terra was actually maintained by Do Kwon’s Terraform Labs.

Consequently, this indicates that the collapse of the Terra (LUNA) ecosystem, which resulted in losses to investors of tens of billions of dollars, was brought about by activities taken inside the firm, according to new research uncovered by blockchain security company Uppsala Security and CoinDesk Korea published on June 14.

South Korean prosecutors also confirmed that the information revealed that the attackers who hit Terra were not the rumored Wall Street whales, but rather the wallets and internal behavior managed by Terraform Labs itself, which is now being investigated.

Using on-chain data forensic tools, Uppsala Security and CoinDesk Korea have been examining the reason for the Terra project’s crash on May 7 for approximately a month. The wallet (0x8d47f08ebc5554504742f547eb721a43d4947d0a) or referred to as “Wallet A” for convenience had been flagged as an attacker wallet by a slew of research firms.

Wallet A, which was built on the Ethereum blockchain, came into being on May 7, at around 4:32 PM, based on Coordinated Universal Time (UTC).

This action ensured that the Terra blockchain retained its liquidity. In reference to this topic, the Ceo Kwon Do-hyeong said, “the reason for subtracting the UST worth 150 million dollars from the curve is to provide a more stable UST liquidity.”

The same day, at 9:57 p.m., wallet A swapped 85 million UST for Curve, another stable coin. Wallet A generated a large-scale UST transaction within 13 minutes after Terraform Labs temporarily removed the liquidity of UST from the curve.

Wallet A then transmitted USDC to Coinbase, the biggest North American virtual asset exchange, after exchanging UST. A substantial quantity of UST was put into numerous exchanges throughout the globe before and after this transaction, which accelerated de-pegging and finally led to a bank run.

As a result, Wallet A has been identified as the attacker’s wallet by various blockchain research firms across the globe. Some people speculated that this wallet belonged to a Wall Street financial firm out to bring Terra down.

See the link to the full report in English here and in Korean here. 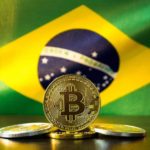