Cryptocurrency hash power broker NiceHash has directed its users to immediately seize using the Phoenix crypto miner over the possibility of fraud.

A statement from NiceHash indicates that the recent activity of the miner’s developer prompted the decision.

According to NiceHash, the Phoenix miner is no longer available from its original download source. Furthermore, the new download location does not correlate with the developer’s value on his channel. NiceHash notes that:

“This brings the possibility that the Phoenix miner’s author wants to cover its tracks and disappear or even do something malicious. We have immediately disabled Phoenix miner from NiceHash Miner, and we advise everyone to stop using Phoenix miner immediately.”

The situation is further complicated, considering the Phoenix miner has no known author. At the same time, the software has no digital sign, posing a significant risk to potential and existing users.

Furthermore, the hash power broker states that any third-party download will possibly be fake or malicious.

Therefore users have been advised to be on the lookout if they have the miner on the same device with sensitive information like contact and bank account. NiceHash recommends reinstalling the operating system and enabling the two-factor authentication security tool.

This comes barely two weeks after the United States Department of Justice charged three North Korean nationals over a series of hacking of several cryptocurrency businesses.

The hackers are alleged to have targeted NiceHash during its December 2017 hack. NiceHash was hacked and lost 4,736 BTC, equivalent to $240 million at the current market value. 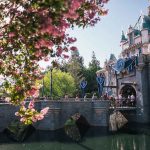