The Shanghai-based EV manufacturer delivered 7,931 vehicles in July, increasing around 124.5% over the previous year but a 1.8% decrease from June when sales increased substantially despite the persisting global semiconductor scarcity.

Notably, the company is trading above its 20, 50, and 200-day simple moving averages, which are often used as uptrend indicators by growth stock investors. Based on recent performance and the fact that the stock is trading above the 20-day SMA, it implies that the firm’s short-term bullish momentum might drive it back towards the $50 price target.

It is worth noting that the trading volume for NIO is quite consistent; hence, the sharp volatile moments for NIO is unlikely in the short-term. Generally, Nio has maintained relatively steady similar-sized trading volumes for months, indicating that the stock may not be as volatile as it has traditionally been. 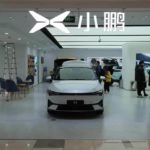 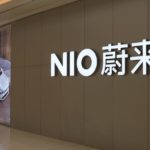 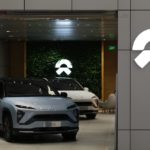 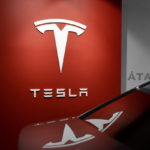 Nio last month had seen its stock surge as high as $50 after announcing its ‘Power Day’ event in July. However, the stock will open the trading week at $44.68, up from 4.88% on its previous price.

Yet, after US regulators tightened disclosure for Chinese businesses and expressed concern over Beijing’s regulatory moves, China’s securities regulator announced on Sunday that it will seek better collaboration with its US counterpart and will support offshore listings.

As a result of the encouraging news from China, the price of NIO might climb further once the market opens.

Furthermore, based on the price projections of 6 TipRanks experts’ stock recommendations for NIO over the previous three months, all six advise ‘Buy,’ while none favor ‘Hold,’ or ‘Sell.’

Based on their recommendations, the consensus rating for Nio stock is a ‘strong buy,’ with a 44.36% upside, making it an attractive buy for both traders and investors, as even their lowest price projection is greater than Nio’s current price.

According to Finbold’s earlier research, among the selected automobile manufacturers, China-based NIO had nearly double the returns (539.13%) than its nearest competitor Tesla (NASDAQ: TSLA), whose shares returned 224.93% between June 2020 and June 2021.

Despite obstacles associated with plans to begin deliveries in Norway, Nio has confirmed its second-quarter delivery target of 21,000 to 22,000 vehicles.

Norway will serve as a springboard for Nio’s expansion into other European nations, where it will fight with larger and more established rivals such as Tesla and Volkswagen AG VWAGY. The company intends to start delivering in Norway in September. 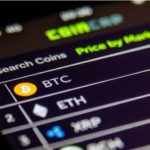