While the value of Bitcoin (BTC) has fluctuated significantly this year, there has been a significant increase in the number of holders of the flagship digital asset despite the ongoing crypto bear market.

Indeed, the number of Bitcoin holders has been steadily rising amid a bear market in the broader crypto space as investors continue to find solace in BTC as a store of value as they HODL the digital commodity.

As of September 27, the number of Bitcoin holders has been growing in the last year, adding over 4.5 million new holders, per data from IntoTheBlock.

“Over 42M addresses are currently holding $BTC, 4.5M more than a year ago.”

Interestingly on September 16, Finbold reported that the number of Bitcoin addresses holding at least 0.01 BTC has hit a new all-time high of 10,702,698, according to data by blockchain analytics platform Glassnode indicated.

It’s worth noting that Finbold also reported in September that 47% of Bitcoin holders remain in profit despite BTC’s 60% price drop in 2022, suggesting that many Bitcoin investors are not fazed by the ongoing bear market. In fact, the number of new daily Bitcoin addresses being created on the network recorded a spike hitting a high of 417,354 new addresses on September 14.

Prominent crypto trading analyst Ali Martinez stated that the trend could be attributed to input from sidelines investors involved in the market.

“This suggests a spike in interest from sidelined investors to scoop up BTC around the current price levels,” he said in a tweet on September 16.

With Bitcoin supply on exchanges hitting a 4-year low “with less than 9% of BTC on exchanges for the first time since 2018, it is a good bode of confidence for bulls.”

Bitcoin is still seen by many as a hedge against inflation

Even though Bitcoin’s price has struggled to hold above $20,000 in a year that substantial declines have defined, a recent surge in trading volume has touched a three-month high.

Since some investors see Bitcoin as a hedge, others are selling their fiat currency holdings to benefit from arbitrage. This new development demonstrates Bitcoin’s capacity to realize its promise and to fulfill one of its basic principles, which is to serve as a hedge against inflation. 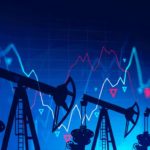