The recent upgrade on the Cardano network that introduced smart contract functionalities is recording significant growth, an aspect that is increasing the platform’s competitiveness with the bigger rival Ethereum.

As of December 8th, the number of smart contracts based on Plutus, a Cardano-based smart contracts platform, had hit a milestone of 888, data released by Cardano Foundation indicates.

The smart upgrade was enabled during the September Alonzo upgrade, which meant Cardano could offer decentralized finance (DeFi) applications development platform and programmability.

Therefore, the recent milestone indicates that Plutus is gaining popularity among developers. This comes after Cardano revealed that 800 projects aiming to use the network had applied for $4m-worth of funding in September.

Initially, Cardano developers, Input-Output HK, revealed that while the upgrade was ongoing, Plutus Pioneer courses were also running for developers.

“Thousands of developers have been taking part in the Plutus Pioneers course, learning the fundamentals of Cardano’s native development framework. Scores of projects have already started developing in Plutus and are at various stages of expertise and readiness,” IOHK said in a blog post.

Worth noting is that although Cardano has been carrying out several improvements on the network, the smart contract capability was a turning point for the ecosystem.

However, its success mainly depends on the adoption by developers and the number of dApps integrated into the Cardano network.

Amid the development, Cardano has acknowledged that users and developers should expect bumps along the road, especially in the initial stages.

For instance, the CoinMarketCap crypto community has projected that ADA will likely trade around $2.40 by the end of the year.

Buy press time, the token was trading at $1.31, plunging almost 8% in the last 24 hours. Notably, ADA has not been spared from the widespread crypto market correction. 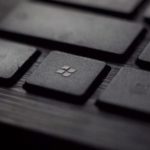