Although the cryptocurrency market has been under a lot of strain in 2022, influenced by unfavorable developments such as regulatory pressure, macroeconomic uncertainty, as well as platforms collapsing and going bankrupt, it nonetheless kept growing.

Specifically, as of December 11, the number of cryptocurrencies tracked by CoinMarketCap reached the 22,000 mark for the first time in history, while, at press time, this number stood at 22,032, according to the data retrieved on December 14.

At the same time, despite the emergence of new digital assets, Bitcoin (BTC) has retained its dominance, its market capitalization accounting for 39.3% of the crypto market, followed by Ethereum (ETH) with 18.6% dominance.

That said, while the number of decentralized finance (DeFi) assets kept growing, the total market cap of the crypto sector has descended, dropping from $2.2 trillion on January 1 to $0.87 trillion at press time, a decline of 60.44% or $1.33 trillion since the year’s turn.

However, the market has no lack of enthusiasts and believers in a better crypto future, as demonstrated in CoinMarketCap’s end-of-the-year poll, in which more than 80% of pollsters expressed their view that 2023 will be bullish, as opposed to fewer than 17% of skeptics. 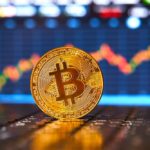