Prosecutors in South Korea have made the accusation that Terra’s founder, Do Kwon, gave instructions to one of his workers to manipulate the price of Terra (LUNA). As evidence, the prosecutors have cited messenger exchanges that took place between Kwon and his employee.

Further light was cast on certain facts linked to the tragic collapse of the algorithmic stablecoin Terra in a report published by the South Korean news site Naver. This material further implicates Do Kwon, the creator of Terraform Labs, regarding the scandal that unfolded. Kwon is already embroiled in a number of scandals, and it is widely thought that he is on the run; in fact, it is speculated that he is now somewhere in Europe.

According to the report, Kwon gave one of his employees the instruction to “artificially adjust” the price of Terra so that it would match a specific price. The prosecution’s office has said that the basis for this allegation is messenger chats between Kwon and a Terra employee.

“I can’t reveal the details, but it was a conversation history where CEO Kwon specifically ordered price manipulation.” an official from the prosecutor’s office stated.

Do Kwon’s lawyers claim his innocence

Do Kwon’s legal lawyers have never wavered in their stance that their client is innocent of the events that took place in May and were a contributing factor in the downfall of Terra and its TerraUSD (UST) stablecoin.

Prosecutors in South Korea have alleged that Do Kwon engaged in pricing manipulation and also disclosed that he is presently based in Europe. Kwon’s presence in Europe classifies him as an illegal immigrant since his passport has been revoked.

The latest information on Kwon’s whereabouts was revealed two weeks after it was claimed that he had left Dubai and was heading toward an unidentified place. Price manipulation is a serious accusation, and it just adds to the existing legal problem that the creator of Terra is currently facing, which includes a lawsuit for $57 million that was brought to light only the previous week.

Kwon is presently the subject of many outstanding arrest warrants issued by various law enforcement authorities in South Korea, in addition to a red alert issued by Interpol in his case. 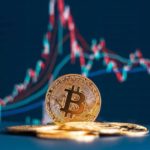