One cybersecurity firm is among the growing number of companies taking the leap and integrating cryptocurrencies into their business operations, as digital assets gain popularity and widespread acceptance as a valid alternative to traditional assets.

Specifically, Octagon Networks, a cybersecurity company operating mainly out of the Ethiopian capital of Addis Ababa and San Francisco, has announced that it “has finished the process of converting its liquid assets and entire balance sheet into Bitcoin,” as published on its blog and Twitter page on June 5.

Moreover, the company also said that:

“We will also start accepting payments in Bitcoin, and offering a discount to encourage the use of Bitcoin.”

According to Octagon Network’s blog, this discount would amount to 50% when paying for its services in Bitcoin (BTC).

First to jump on the Bitcoin bandwagon

“As security researchers, engineers, and hackers distributed across multiple third-world countries, we have always admired Bitcoin’s ongoing contributions to the advancement of humanity, and now appreciate how it has opened the door for us to expand our work across borders!”

“We are by no means a big company, but as far as we know, we are the first cyber security company to convert all of its assets into Bitcoin and to accept Bitcoin payments.”

Octagon Network is still a very new player on the market, having been started in Q1 2022 in Addis Ababa. However, it has since expanded to employ “over 20 extremely talented ethical hackers and software developers in the US and across the globe” and has made “various free contributions to help secure over 1.5 million devices globally.”

Its home country, Ethiopia, isn’t a stranger when it comes to advancements in the field of blockchain and cryptocurrencies. In late May 2021, Cardano (ADA) partnered with the Ethiopian government to use its blockchain in streamlining the country’s education system management, as Finbold reported. 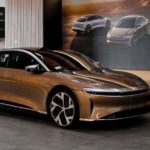