Given that the collapse of FTX has caused a more than 60% drop in the value of Bitcoin (BTC) and other cryptocurrencies this year and that the damage has spread to publicly listed companies with exposure to digital assets, analysts are trying to predict the flagship cryptocurrency’s next short-term move.

Speaking with Daniela Cambone of Stansberry Research, the CEO of Online Blockchain Clem Chambers discussed whether the worst was over for Bitcoin’s price. Chambers said:

“No, I don’t think it is all over. You see the thing that people don’t realize is that a centralized exchange is a bad thing. Firstly it’s centralized. The whole point about crypto is it was decentralized. Exchanges are not exchanges at all, they’re banks where you deposit your money”

Chambers pointed out that things may turn around ‘by some miracle’ if nothing else goes wrong, but he warned that Bitcoin’s price could quickly drop “[Bitcoin] goes up like a rocket, and down like a rock.” If “the dominoes [exchanges] are going to start falling one after the other, then you could easily see Bitcoin down at $7,000 or $8,000.”

On September 12, Chambers predicted that Bitcoin would reach the $17,000 mark and noted that if it hit that price, it could fall further to $10,000. Now that BTC is trading slightly below that price, the crypto expert believes it could take up to 18 months for the market to recover, not until 2024, when the Bitcoin halving takes place.

“People are going to be licking their wounds for months after FTX. It’s not going to be until the halvening until there is any buying pressure.”

The CEO also added he was tempted to buy in at $20,000, but when Bitcoin got there,e it did feel like the price button and to him, neither did the FTX collapse.

Watch the video: Crypto expert warns Bitcoin could fall as low as $8,000 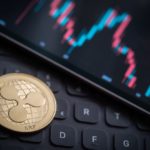