Only three countries account for almost all the bank fines issued so far in 2020. Data retrieved from the Finbold Bank Fines Report 2020 shows that as of October 22nd, the United States, Australia, and Israel fines accounted for 97.32% of all €11.61 billion bank fines issued this year.

The U.S. banks account for the highest share at €9.15 billion, followed by Australia at €770 million, while Israel banks have been fined €762.97 million. On the other hand, Sweden bank fines are the fourth highest at €456.18 million, while Germany facilities accounted for the fifth-highest penalties at €169.01 million.

Goldman Sach is the most fined bank this year at €5.26 billion due to various violations. Notably, the fines were issued differently. Wells Fargo carries the second-highest penalties at €2.53 billion. Australia’s Westpac bank has the third-highest fines at €770 million, followed by Israel’s Bank of Hapoalim at €762.97 million. Other highly fined banks include Sweden’s Swedbank at €360 million and Germany’s Deutsche Bank at €126.52 million.

Anti-Money Laundering (AML), Know your Customer (KYC), and sanction regulations are among account for the most violations, with a report by Diggity Marketing highlighting that Toxic Securities Abuses having accounted for the highest value of fines in at $100.9bn. Goldman Sachs holds a record fine based on the report, which emanated from the facility’s role in raising millions of sovereign wealth funds in Malaysia. The scandal has tainted Goldman’s image over the last decade. Following the scandal, industry players are expecting regulatory bodies to amend their penalties.

Notably, the tally of bank fines is likely to increase in the coming years. European and Asian regulators are set to catch up with U.S. peers who are considered more aggressive.  However, banks are looking for means of minimizing fines. Analysts have thought that the penalties could have been avoided if banks leverage technology through perfect software deployment.

In the current environment, new and complex regulations have proved to be a challenge for many banks’ compliance departments. Criminals are using these loopholes to launder money and bypass the Know Your Customer protocols. A solid digital strategy can equip financial institutions to detect and prevent financial crime. Furthermore, such a strategy can deliver enhanced digital customer experiences in compliance with laid down regulations.

The current bank fines are among the highest in history as global regulators continue to reinforce the importance of vigilance and suspicious activity reporting. The aim is to ensure the detection and prevention of financial crime. The rise in financial crime and increasing regulation has led to a tough battleground for financial institutions trying to stay on top of growing regulatory rules across different jurisdictions.

Notably, the scale of financial crime is on the rise as methods used by criminals evolve. In this case, many of the financial institutions penalized do not have an appropriate mechanism and compliance infrastructures. Lack of these infrastructure limits the bank’s ability to identify and address high-risk areas. 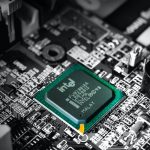