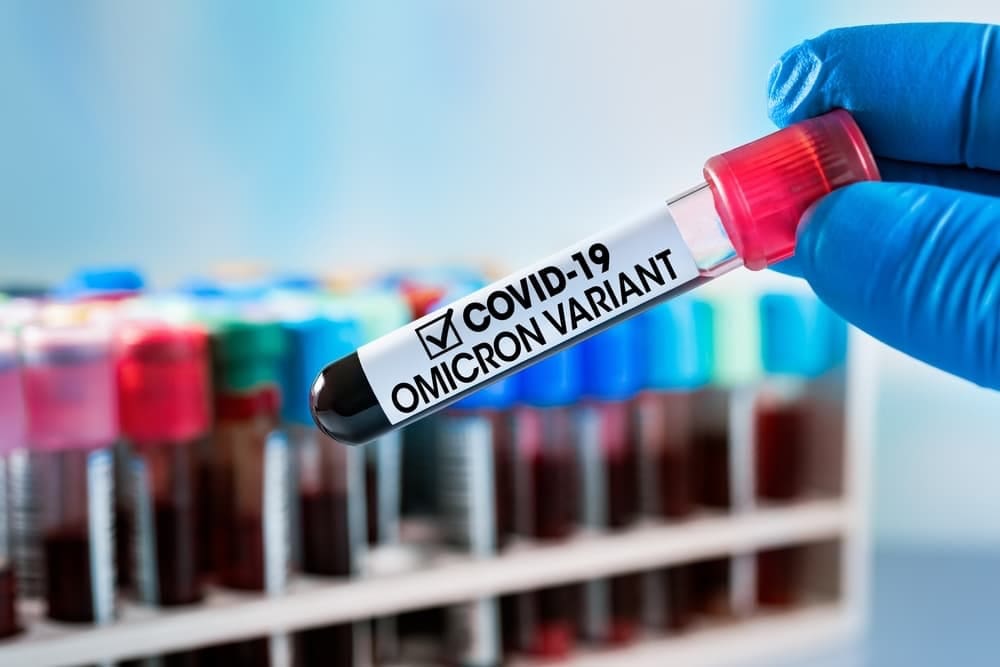 As news about covid variant Omicron emerged, markets reacted swiftly. And not only the markets but also governments introduced travel restrictions, experts issued warnings, and the World Health Organization issued a statement about the new variant on November 26th.

The first case of Omicron was announced on November 24th by South Africa, with the first positive sample dating back to November 9th. We could call this sequence of events as happening at “warp speed,” and it is a very different reaction from when the Covid-19 first emerged at the end of 2019.

Despite how well we think about our ability to be rational, human beings usually overestimate their rationality and underestimate their bias. As Nobel Prize winner Daniel Kahneman wrote in his book “Thinking fast and slow,” our brains operate on two systems at the same time: System 1 is intuitive and emotional, and System 2 is logical and analytical.

The main idea is that engaging System 1 is effortless and very quick; it is based on our intuition, while engaging System 2 requires mental efforts, energy and it is rather slow and lazy (D. Kahneman, 2011).

When the global pandemic hit at the beginning of 2020, most people never experienced anything like it; the last time we saw something similar was the Spanish flu over a hundred years ago. Therefore, it is no wonder our System 1 couldn’t recognize the danger, and our System 2 was too lazy to analyze the information flow. Therefore, the world’s reaction was rather slow.

The emerging reaction to the new Omicron variation was quick since we feel we now understand what it is, having had the Delta and other variants teach us to be cautious. But by recognizing a danger, humans engage system 1 again while system 2 is yet not done analyzing the facts.

The problem is that we (the general population) did not know how a huge pandemic would begin and hence were unable to detect it; yet, do we know how it would conclude and thus are capable of identifying such an event? Most likely not. Nevertheless, for the average investor, it is worthwhile to analyze something that is weighing heavily on the markets from a different angle.

Spanish flu, which is not related to Spain by any means, raged from March 1918 to April 1920. It is estimated influenza-infected around one-third of the global population at the time, or 500 million people, and had mortality between 17 and 50 million; some estimates point to a hundred million. For the sake of comparison, Covid-19, on December 1, 2021, is estimated to have infected almost 264 million and caused 5.23 million fatalities worldwide.

There is no exact date when the Spanish flu epidemic ended, and this is because it never disappeared but rather mutated to much less lethal flu. The last – fourth wave hit between December 1919 and April 1920 but wasn’t as widespread as previous waves, mostly concentrating in Europe and North American cities. After the spring of 1920, people moved on, and newspapers stopped writing about it. Although, we have to be clear that coronavirus is not influenza, and its evolution can be widely different.

From the timeline above, we can have a broad understanding of where we would be now if we would have Spanish flu rather than Covid-19. This is not to be considered as a direct correlation or any similarity but rather a comparison of the time element itself.

There might be just a glimmer of light at the end of the tunnel with the emergence of the Omicron variant. At the moment, it is hard to find a definite answer on the mortality rate of the new variant, but early indications point it to be less severe than the Delta variant.

If we assume that variant has been in South Africa at least since November 9th, we should be able to evaluate its severity in the very near future. According to a study published in Lancet medical journal, during the first wave of infections, the median time it took from the first symptoms of COVID-19 to death was 18.5 days. Although, the risk of fatality stays much higher up to 6 months after infection compared to individuals of the same age.

As of 1 December, there is no significant rise in mortality observed in South Africa. As well as no reported mortality cases outside of South Africa from the Omicron variant. There is no recorded mortality increase in Angola, Botswana, Eswatini, Lesotho, Madagascar, Malawi, Mozambique, Namibia, Zambia, or Zimbabwe.

In other words, there is no change in mortality in the whole region of Southern Africa as of this time.  This could mean that the new variant is pushing out the Delta variant, which was the prevailing strain before the new one emerged as well as it might not be more lethal if not less. Omicron now makes up 76 percent of all SARS-CoV-2 sequenced in South Africa.

If this trend of low mortality would hold in the next week or two, we can reasonably expect that the market might perceive the Omicron variant as “good news” rather than a danger. Given its higher transmissibility, it is possible that it would outcompete a more dangerous (we don’t know yet if that is the case) Delta variant.

Therefore, a large share of people who are not vaccinated would acquire natural immunity, one can hope, and nature would bring us closer to the end of the pandemic and herd immunity rather than through human means of mass vaccination only, which are not to be disregarded either.

No doubt, those vaccinations have their merit and benefits. However, such a scenario would have large implications to vaccine makers’ stocks as well as to stock markets in general, especially to the travel industry.

At this point, all of this is my pure speculations. We don’t know yet if the beginning of the end of the pandemic has the name of Omicron. We haven’t witnessed anything like this before, but I have a glimmer of hope.

Disclaimer:  This article on Covid-19 developments is the author’s personal subjective opinion and is not a recommendation regarding vaccinations, any health-related matters, or to buy or sell any stocks, futures, or other derivatives.