Polygon, a Proof-of-Stake (PoS) cryptocurrency and a framework for building and connecting Ethereum-compatible blockchain networks, has recorded a staggering 314% spike in value within a month as bitcoin continues to trade in the red zone below the $50,000 mark.

By press time, Polygon was trading at $1.74, while as of April 17, the asset’s value was at $0.42. Polygon’s price surge correlates with other PoS cryptocurrencies that are deemed to be energy-efficient, unlike bitcoin, which is under criticism for a negative environmental impact.

The drop in bitcoin emerged after electric vehicle manufacturer Tesla (NASDAQ: TSLA) suspended the asset’s payments for purchasing vehicles. Notably, the rise in PoS assets like Polygon is likely due to interest from investors looking for the next energy-efficient alternative asset that might be used by Tesla.

After suspending bitcoin payments, CEO Elon Musk said he was looking for suitable crypto that uses about 1% of the power used by bitcoin to mine.

The spike in Polygon price also reflects the increasing activity on the platform’s network, like adoption by other crypto projects. Recently, Polygon partnered with the DeFi platform YFDAI Finance. The partnership will see Polygon help the DeFi protocol reduce transaction gas fees while enhancing scalability, interoperability, and user experience.

Followers of Polygon are hoping the asset will replicate the success of dogecoin that has surged by more than 10,000% this year, mainly due to support from Elon Musk. Through regular tweets, Musk’s input has been instrumental in dogecoin’s value. Furthermore, Musk and Tesla have been key players contributing to bitcoin’s rally that culminated into an all-time high of $64,800 as of April 14.

With dogecoin emerging from a meme, the asset is yet to have real-world use cases. Although Musk is currently working with dogecoin developers to improve the network while announcing the asset will power missions for his rocket company SpaceX. 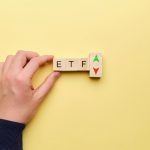