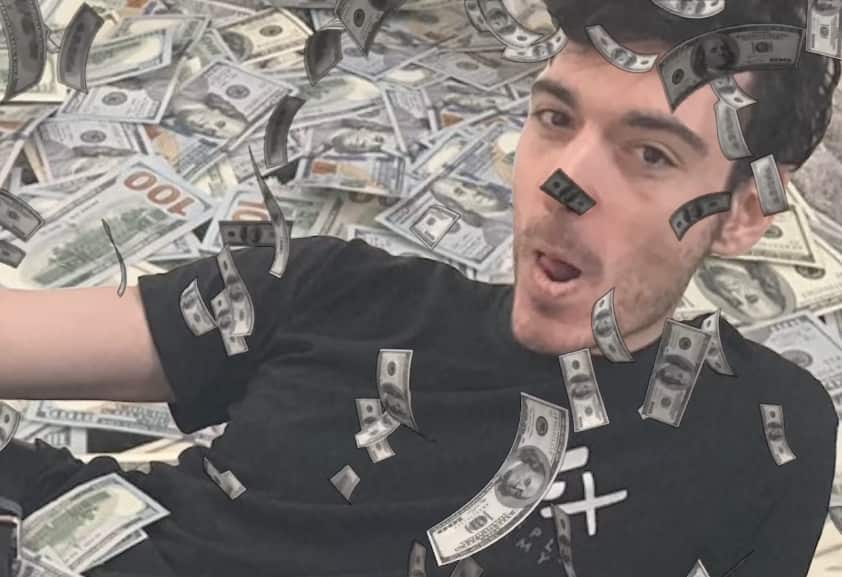 A popular YouTube streamer identified as Paul ‘Ice Poseidon’ Denino has stated that he won’t compensate investors in his cryptocurrency that was reportedly a scam.

Coffeezilla, a YouTuber who investigates online scams, on February 2, 2022, published a full-length call where Poseidon admitted he wouldn’t be paying the money back because he was “looking out for himself” in the $500,000 CxCoin crypto fraud.

“Part of the responsibility is on them as well for putting too much emotion into it. I could give the money back, it is within my power. But I’m going to look out for myself and not do that. I don’t know what else to say,” Denino said.

The scam was initially uncovered by Coffeezilla after various complaints on Poseidon from individuals who invested in the coin. The coin was allegedly designed as a tipping mechanism for content creators with Poseidon using the lure of a long term project to attract investors.

Through his streams, Poseidon encouraged fans to invest in the coin before withdrawing all the capital when it hit half a million. He reportedly utilized part of the money to purchase a Tesla car.

Here’s how Vitalik Buterin came up with the idea of creating Ethereum Central Bank of Morocco to introduce Bitcoin and crypto regulation bill Grayscale CEO on Bitcoin spot ETF: We’re ready for all post-ruling scenarios

In a separate statement, the former Twitch streamer acknowledged that he withdrew about $300,000 from the coin’s liquidity pool because there were few “real” holders or a significant amount invested.

He maintained that while promoting the coin, he focused on individuals who have prior knowledge in crypto investment. At the same time, Poseidon claimed that he carried out the due diligence and warned his followers about the risks associated with cryptocurrencies.

However, he claimed that there were some fake CxCoins in the market. Furthermore, Poseidon stressed that no money was stolen and early investors were already making profits.

“I warned people before I launched it that it was an extremely risky and volatile thing and to make sure they understand when to buy if they choose. There were some people who ended up buying fake cxCoins, and I refunded their money out of kindness,” he said.

However, despite the hard stance not to return the money, Poseidon agreed to pay back about $155,000 to the liquidity pool. Interestingly, Coffeezilla claimed that his probe revealed that the streamer had only returned $47,000.

Amid the surging crypto sector rally, the number of scams in the space has been rising. For instance, in 2021, several scammers reportedly pocketed at least $14 billion.

Elsewhere, according to Finbold’s previous report, cybercriminals also laundered over $20 billion worth of cryptocurrency in 2021.

IMPORTANT:  If you have fallen victim to financial fraud or scam, be sure to file complaints with the United States Commodity Futures Trading Commission (CFTC) through this form or the FBI Internet Crime Complaint Center (IC3) form here.

Watch the full video: Famous Livestreamer Stole $500,000 From His Fans