The Portuguese Parliament, Assembleia da República, rejected not one but two different proposals to tax Bitcoin and other cryptocurrencies, both of which came from political groups in the minority.

Notably, the suggestions were put up by the left-leaning parties Bloco de Esquerda and Livre and were both shot down during a voting session for the 2022 budget on May 25, according to a report published in the Portuguese economic weekly ECO.

The Socialist Party, which is now in power and controls the majority of the parliamentary assembly, has not presented any bills as of yet. Despite this, there is a possibility that Portugal may no longer exclude cryptocurrencies from taxation in the near future.

“Many countries already have systems, many countries are building their models in relation to this subject and we will build our own,” he said.

In addition to this, he stated that there shouldn’t be any “gaps” in the tax code that would result in some earnings not being subject to taxation in the nation.

Mariana Mortágua, a member of parliament with the Bloco de Esquerda who has been extremely outspoken about crypto taxes, blasted the administration for failing to find a mechanism to tax crypto before to the vote.

“Regardless of necessary future crypto regulations, our contribution to put an end to this offshore is to subject crypto assets to the same rate applicable to capital gains on equivalent income,” she said.

Interestingly, Mortágua is one of the people who has been very vocal about crypto taxation. 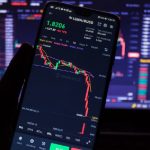