Since the beginning of May, the cryptocurrency markets had already been rocked by two high-profile crashes, which agitated an asset class that was already under pressure as a result of tighter monetary policy.

An already unsettled sector has been given a new boost of unease as a result of a cryptic tweet sent out by one of the founders of Three Arrows Capital (3ac), a prominent hedge fund that has been liquidating its cryptocurrency holdings as prices have fallen.

Zhu Su, a former trader with Credit Suisse Group AG, and co-founder of 3ac, tweeted from his verified account on June 15:

“We are in the process of communicating with relevant parties and fully committed to working this out.”

It is notable that some prominent names in the cryptocurrency industry have expressed their full support in the comments section, appreciative of what the fund has done for the space.

Nevertheless, the rumors that this hedge fund will soon go insolvent are still circulating, something unthinkable just a few months ago, considering that it is one of the largest cryptocurrency hedge funds in the world.

3ac estimated to have $10 billion in assets

The blockchain analytics company Nansen estimated at the beginning of March that Three Arrows handled around $10 billion in assets, despite the fact that information on the fund’s size and trading strategies were limited.

According to the most recent regulatory filings that are currently accessible, as of December 2020, it controlled over 5% of the Grayscale Bitcoin Trust; however, it is unknown whether or not Three Arrows has maintained that position.

Since the beginning of May, the cryptocurrency markets had already been rocked by two high-profile collapses. An algorithmic stablecoin that was an essential component of the Terraform Labs’ stablecoin TerraUSD (UST) decentralized financial ecosystem first failed when it became decoupled from its dollar peg, which contributed to the collapse of the network.

A little over a month later, a cryptocurrency lender Celsius blocked withdrawals on a platform where it promised high profits, claiming the need to “stabilize liquidity.” Recent discussions around Three Arrows have focussed on the company’s potential exposure to a cryptocurrency known as staked Ether, sometimes abbreviated as stETH.

In February, a one billion dollar sale of the LUNA cryptocurrency was made, and Three Arrows was one of the investors in the transaction. When the dollar peg of the TerraUSD stablecoin was broken in May, practically all of the value of the native token LUNA, which is the stablecoin’s sister token, was lost. 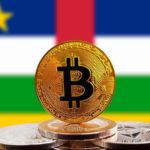