Within a decade, quantum computers could become powerful enough to crack the cryptographic encryption that protects mobile phones, bank accounts, email addresses, and, you guessed it – Bitcoin wallets.

The Bitcoin network security uses a cryptographic algorithm called SHA-256 and is, as of now, utterly impenetrable for modern computers. However, in a research paper published on January 25, 2022, Sussex University’s scientists suggested that quantum computing is expected to change that within the next decade.

Bitcoin is based on Blockchain, a series of digital blocks linked together as a list, and maintains records of all transactions occurring in its network, essentially a permanent public and transparent ledger of who owns what.

If someone could crack the underlying encryption scheme used by Bitcoin, for example, they would be able to falsify these keys and alter transactions to steal coins or carry out other fraudulent activity.

Unfortunately, the unique capabilities of a quantum computer mean that at sufficient size and power, these problems become simple, rendering current encryption useless presenting a significant challenge for today’s cryptocurrencies.

Modern encryption schemes rely on severe math problems that would take even the most prominent supercomputers centuries to crack. Researchers estimate that future quantum computers with 1.9 billion qubits, on the other hand, would be able to crack Bitcoin’s encryption within 10 minutes.

At this moment, the most powerful quantum computer, developed by IBM, boasts 127 qubits. Nevertheless, with things moving at their current speed, the Sussex scientists expect to see sufficiently potent quantum computers in the next ten years.

The scientists note that the Bitcoin network “could nullify this threat by performing a soft fork onto an encryption method that is quantum secure, but there may be serious scaling concerns associated with the switch.” 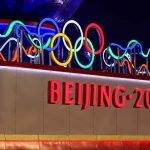 How the stock market will respond to China's Winter Olympics