As several nations around the world, including the United States, are studying the feasibility of introducing central bank digital currencies (CBDCs), the author of the personal finance book “Rich Dad, Poor Dad” Robert Kiyosaki has scathing criticism for the possibility of their introduction as envisioned in the White House executive order.

In his tweet on July 18, Kiyosaki referred to President Joe Biden’s Executive Order signed in early March, which established the government’s position on cryptocurrencies and explored the possible creation of CBDCs as the “most treasonous act in US history.”

On top of that, Kiyosaki even went so far as to label the creation of CBDCs “communism in its purest form.”

In this tweet, Kiyosaki was referring to the “most important announcement” about the executive order and CBDCs by Jim Rickards, an ex-CIA insider, economist, and investment banker with 40 years of experience on Wall Street.

Rickards is a known critic of CBDCs who has referred to these new digital currencies as “Bitcoin’s Evil Cousin” and has recently come forward with alarming claims about what he called the ‘C-Day’ which is supposed to happen on December 13, 2022.

According to him, this ‘C-Day’ would lead to a disruption of traditional financial systems, the U.S. Dollar crashing and paper money becoming worthless, restricted consumer spending and access to basic needs, penalties for “holding too much money with severe negative interest rates,” and the arrival of CBDCs.

What does the Executive Order say about CBDCs?

As a reminder, President Biden’s Executive Order 14067, to which Kiyosaki was referring, directs agencies to explore with “the highest urgency” the legal and financial benefits and risks of the establishment of the U.S.’s own CBDC for consumers, investors, and businesses.

The order also states that:

“Any future dollar payment system should be designed in a way that is consistent with United States priorities (…) and democratic values, including privacy protections, and that ensures the global financial system has appropriate transparency connectivity, and platform and architecture interoperability or transferability, as appropriate.”

Meanwhile, the International Monetary Fund (IMF) stated that CBDCs and cryptos can be a more effective payment solution than credit and debit cards, especially in terms of energy consumption, as Finbold reported in early July.

Despite being critical of CBDCs, Kiyosaki is a fan of Bitcoin (BTC) and the decentralization it brings, as he recently stated, as well as calling on investors to prepare for what he termed “the greatest sale on Earth” after the projected bubble bursts. 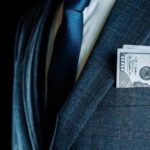