Blockchain developers have been working hard on payment solutions given that problems with Web3 persist, including those dissatisfied by repeated hacks and unconvinced that other platforms can scale or be safe.

After giving a presentation on the current state of decentralized finance (DeFi) and the steps that need to be taken to improve it on December 8, Radix announced its plan and vision for payments with the launch of its mainnet, Babylon, which is expected to take place in June of next year.

CEO of Radix DLT, Piers Ridyard, noted that decentralized finance always leaves you worrying whether your money, especially given the industry’s $6 billion smart contract hacks labeling crypto, DeFi, and Web3 as currently just ‘a big glorified tech demo,’ however he highlighted that ​​’Radix technology stack works together to create a platform for radically better Web3.’

“To truly achieve our vision of making DeFi and Web3 mainstream, we now realized the entire stack. Consensus, execution, programming, and user experience all had to be built together,” Ridyard stated.

The RDX Works team has worked to provide users with genuine decentralization as well as a user experience that is just as secure and straightforward as what they are used to in conventional forms of financial transaction processing.

CPO Matthew Hine gave an example of utilizing the wallet with the game ticket at a basketball match, purchasing products, and applying discounts:

“By integrating with the Radix wallet their payment system they can see any digital asset that I choose to show them as if I’d handed the cashier a physical ticket stub and if they wanted to issue their own discount card on Radix that’s just a badge they can create it in two minutes work. It’s such a simple thing to have digital assets be this easy and intuitive to create and interact with but it’s absolutely key to unlocking Web3’s potential.”

In particular, Radix is slated to become the first DeFi network with a comprehensive technological stack with the next Radix Babylon mainnet upgrade, allowing for a mainstream-ready user experience, which will be delivered in the form of the Radix Wallet.

“Babylon Betanet is delivered before Christmas 2022, and with it, a developer preview of the Radix Wallet. This is where the real innovation around Web3 and the DeFi user experience can start to blossom.”

Meanwhile, Babylon mainnet ships in Q2 2023, which is ‘when the current running Radix public network gets upgraded to include the full power of the Radix Engine, Scrypto, and the Radix Wallet.’

When the Web3 ecosystem on Radix goes live, users, assets, and decentralized applications (dApps) can begin flowing into the Radix public network. 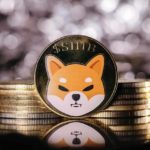