Reddit announced on July 7 the introduction of a new NFT-based avatar marketplace that enables users to buy blockchain-based profile pictures for a predetermined price.

The social news aggregation, content rating, and discussion website revealed that you do not need a cryptocurrency wallet in order to purchase them; thus, using your credit or debit card should be sufficient, and you may use the wallet product that Reddit offers in order to store them.

Moreover, the social networking platform has said that it will be launching 90 unique designs, with a total of “tens of thousands” of non-fungible tokens (NFTs) being made available for purchase during this early-access period.

The firm said that if you buy one of their limited-edition NFTs, you would be granted the license rights to use it as an avatar not just on Reddit but also everywhere on the internet.

However, these rights are not as comprehensive as those that come with the ownership of an NFT from Yuga Labs’ Bored Ape Yacht Club collection which grants the holder the ability to create goods and television shows based on the bored ape they have purchased.

In addition to this, you may customize the appearance of your avatar by combining other pieces of apparel that are accessible in the avatar builder. Additionally, your avatar will have a “glow-like effect” next to your comments in communities where you participate.

This is not Reddit’s first dance with NFTs

This is not the first time that Reddit has dealt with NFTs. At the start of the year, the firm started testing functionality that would enable you to put any Ethereum-based NFTs as your profile picture. This came only a few short weeks after Twitter introduced a function that was quite similar.

In order to mint these avatars on the blockchain, Reddit has also formed a partnership with Polygon, an Ethereum-compatible blockchain. As mentioned, users may store and manage these NFTs using Reddit’s own blockchain wallet, which is called Vault and can be found in the company’s native app.

Finally, it’s worth mentioning that part of the crypto space’s growth over the last ten years or so has been thanks to ongoing news and development as well as a vibrant community on crypto communities platforms such as Reddit’s Subreddits controlled by enthusiasts and specialists who have helped define the industry as it exists today. 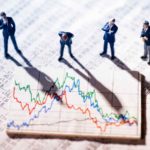