According to a recent study published on June 6, 2022, by The Center for Genome Architecture, only 64 network participants mined Bitcoin (BTC) between its launch in 2009 and the moment it reached the same value as the United States Dollar ($1) in 2011, giving them immense power over the network’s future – which they chose not to abuse.

Indeed, in what proved to be an interesting sociological and behavioral overview (among other things), the study carried out by a group of authors from Texas higher education institutions revealed that these pioneer Bitcoin miners, or as the study calls them, ‘agents,’ mined most Bitcoin between January 3, 2009, and February 9, 2011.

As per the text:

“This was due to the rapid emergence of Pareto distributions in bitcoin income, producing such extensive resource centralization that almost all contemporary bitcoin addresses can be connected to these top agents by a chain of six transactions.”

Notably, some of these top ‘agents’ include the famous Satoshi Nakamoto, aka Agent #1 – the largest agent, the infamous ‘Dr. Evil’ aka knightmb aka Michael Mancil Brown aka Agent #19, who was federally convicted for attempting to ransom Mitt Romney’s tax returns, as well as ‘Dread Pirate Roberts’ aka Ross Ulbricht aka altoid aka Agent #67.

Ulbricht is also known as the founder of the Silk Road, a criminal marketplace on the dark web where users could make all sorts of illegal purchases using Bitcoin as payment. The Silk Road was active from January 2011 to October 2013.

One of the most interesting conclusions delivered by the study was that these most powerful network participants, who controlled nearly all of the network’s computational resources in the observed period, had multiple chances to abuse their power but chose not to.

“A well-known vulnerability of the Bitcoin protocol is that, if any one agent has over 50% of the computational power of the bitcoin mining network, the agent can unilaterally enrich themselves by validating fraudulent transactions. This is called a 51% attack.”

The study has shown that these agents repeatedly declined to carry out the ‘51% attacks’, despite having sufficient computational resources and early centralization allowing them to do so:

“Attackers could routinely exploit bitcoin via a “51% attack”, making it possible for them to repeatedly spend the same bitcoins. Yet doing so would harm the community. Strikingly, we find that potential attackers always chose to cooperate instead,” the study authors said.

“Although bitcoin was designed to rely on a decentralized, trustless network of anonymous agents, its early success rested instead on cooperation among a small group of altruistic founders.”

Bitcoin wasn’t worth anything at launch, but it reached parity with the U.S. dollar only 25 months later.

Precisely ten years after achieving the price parity, the flagship cryptocurrency was worth $46,257. At press time, Bitcoin is trading at $29,500, which is 6% down on the day and a 7.25% drop across the week, according to CoinMarketCap data. 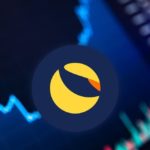