The Reserve Bank of India (RBI) Governor, Shaktikanta Das, has once again reiterated his stand calling for the ban of cryptocurrencies on the grounds that they are speculative and similar to gambling.

According to Das, the RBI’s stance on crypto remains the same, stating that they cannot be considered as a financial product and should be treated like gambling activities, India Today reported on January 13.

“Anything whose valuation is dependent entirely on make-believe is nothing but 100 percent speculation, or to put it bluntly, it is gambling. <…> In our country, we don’t allow gambling. If you want to allow gambling, treat it as gambling and lay down the rules. <…> Cryptocurrency masquerading as a financial product or a financial asset is a completely misplaced argument,” he said.

The threat posed by crypto

Das argued that the threat posed by crypto on the financial sector is due to the lack of underlying value while warning that allowing digital assets to grow will undermine the bank’s role in controlling the money supply.

Amid the call to ban cryptocurrencies, the governor acknowledged that the government needs to support blockchain technology due to its underlying benefits.

As reported by Finbold, RBI has been advocating for outlawing private cryptocurrencies at some point, warning that digital assets might lead to the next financial crisis.

To counter the growth of cryptocurrencies like Bitcoin (BTC), the bank is pushing for the rollout of a central bank digital currency (CBDC) and has since released a concept note. However, the note has received backlash from the crypto and blockchain industries operating in the country on the grounds of being regressive.

It is worth mentioning that India has been pushing for a global approach to regulating cryptocurrencies, citing the sector’s cross-border nature. Despite the uncertainty in crypto regulations, India still accounts for a significant share of digital asset investors. 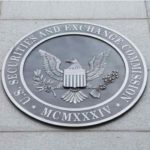 Ex-SEC official: Regulators delayed Gemini Earn action despite knowing about it 'for over a year'