Given the increased demand for online banking, the UK-based challenger bank Revolut has, in tandem, grown in popularity, seeing a rise in its customer base.

In line with this growth, a new study has revealed that Revolut is also the most searched online banking service in Europe, according to data analyzed by CMC Markets and shared with Finbold on September 12.

In total, Revolut, which registers 923,080 average monthly searches throughout Europe, ranked first out of the top 10 digital banks, receiving the most searches out of 15 countries, and was in the top 3 searches out of a total of 43 countries.

Second on the list was London-based financial technology company Wise, ranking as the most searched in nine countries; Wise appears the most throughout the list just below Revolut, ranking in the top three most searched banks in 42 of the 48 countries that were studied, which is interesting given that both Wise and Revolut business accounts are often compared.

Notably, in third place was German neo bank N26, the most searched in four countries and in the top three most searched banks in 18 out of 48 nations.

Revolut is the most popular in Germany and Spain

The study made a comprehensive list of online banking services available in Europe via Ahrefs to determine the average number of monthly searches received by each bank in each European country.

After Brexit, Revolut has managed to maintain easy and quick access for their international customers, securing a Challenger bank license from the European Central Bank.

In the last month, Revolut has also gained regulatory authorization for other services, such as providing cryptocurrency services to its 17 million customers in Europe and announcing ambitions to expand its crypto workforce on the continent while also slashing crypto trading fees by 20% starting in October 2022. 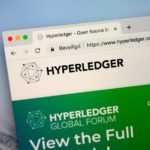