Ed Cooper, who is the crypto product owner for challenger bank Revolut, believes that concerns about Bitcoin’s impact on the environment are unwarranted.

Despite the fact that the Proof-of-Work (PoW) consensus method that Bitcoin (BTC) uses has been the subject of scrutiny for being a mechanism that requires a significant amount of energy.

Cooper said at Bloomberg’s Technology Summit held on September 28 in London, “everyone is saying since Bitcoin uses lots of energy; therefore it is bad.”

“Washing machines and Christmas lights both consume more energy than the Bitcoin network.”

According to the European Central Bank, the amount of energy that is used in cryptocurrency mining is equivalent to more than an entire year’s worth of energy consumption in countries such as Austria, France, Spain, and the Netherlands.

As per the analysis, PoW is the primary source of the problem with energy use. Although PoW is the standard procedure for Bitcoin, the Ethereum Foundation claims that switching to a Proof-of-Stake mechanism would result in a 99.95% reduction in energy consumption.

Cooper may or may not have been kidding when he said that an “ex-Revolut person has now gone on to start a renewable energy company, they’re going to smooth out Bitcoin mining”.

Notably, the challenger bank has been making inroads in its attempt to extend its crypto offering; in particular, Revolut acquired regulatory authorization to provide cryptocurrency services to its 17 million customers in Europe and announced the bank has ambitions to expand its crypto workforce on the continent.

Finally, Revolut announced in August that its crypto learning platform had attracted about 1.5 million users a month after launching. The ‘Learn & Earn’ learners have utilized the platform from at least 32 countries globally. 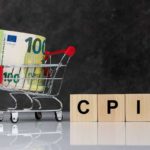