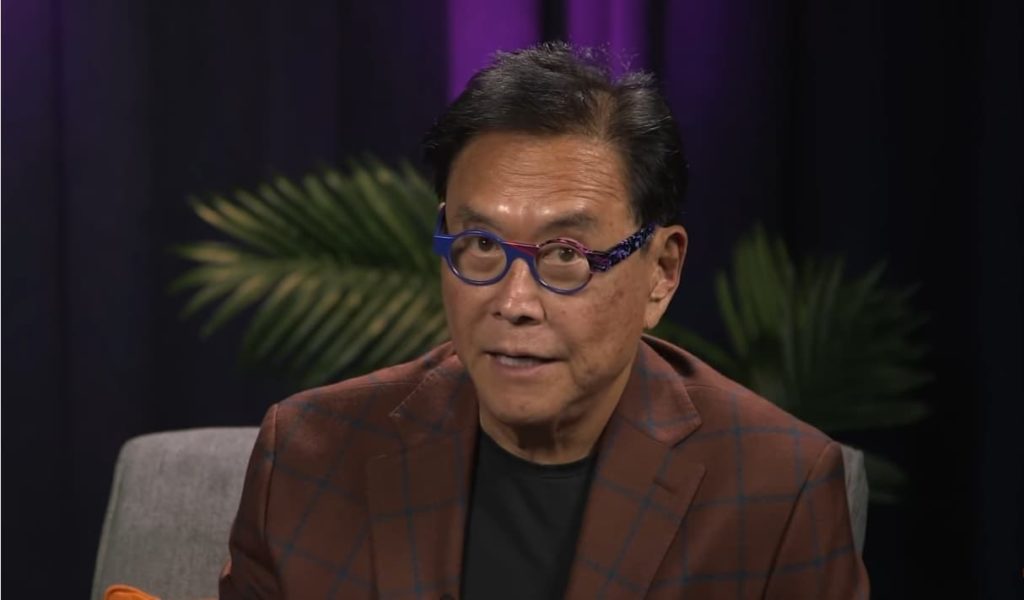 Businessman and author of the personal finance book “Rich Dad Poor Dad,” Robert Kiyosaki, has stated that the market is already in a technical depression based on differences between inflation and economic growth figures.

Speaking to Stansberry Research, Kiyosaki indicated that the depression is also an indicator that his earlier projected market crash has already occurred.

He acknowledged that the crash was characterized by the rising inflation figures despite assurances from the Federal Reserve that the economy is performing better. However, the author cautioned that there is still a widespread concern despite the stock market ‘appearing’ to perform better.

For instance, Kiyoaki pointed out that the Euro/dollar curve is currently inverted, and historically, tragedy usually follows in such conditions. He further notes that the current Fed policies attempting to align the curve will be disastrous.

With the current depression, Kiyosaki recommended continued investment in precious metals. According to Kiyosaki:

“It happened (market crash) with inflation going up. But the thing is, it’s already coming down. If the economy is only growing at 2%, that’s a technical depression. So people are watching, the stock market is up, everybody is happy and all this, but everything is inverting upon us. Just recently, that Euro/dollar curve inverted and so this one is going to happen again. That’s why I’m saying to people because I’m a gold, silver and Bitcoin bug, this is a good time to get gold and silver.”

Additionally, Kiyosaki maintained that silver is the best precious metal for investment because it can appreciate in value due to its industrial use cases. For gold, Kiyosaki stressed that it’s a good store of value but highlighted that both metals are attractive because they have no counterpart risks.

At the same time, Kiyosaki, a renowned Bitcoin bull, also noted that any correction should present a buying opportunity for investors. He believes profits in the asset are made at the buying point and not during selling.

In a recent Finbold report, Kiyosaki projected that investors should brace for a significant market crash and depression that will likely impact investment assets like Bitcoin.

According to the businessmen, the crash will be initiated with what he termed as fake inflation being pushed by the Federal Reserve.