The chief engineer at a Russian Metro system has resigned after allegedly being caught stealing electricity at the subway to mine Bitcoin.

The resignation was confirmed by MUP Metroelectrotrans, the company managing the Kazan Metro in Tatarstan, with the engineer facing accusations of using electricity running into thousands of dollars.

Before the resignation, the Tatarstan Investigative Committee announced that a criminal case had been opened against two metro workers for abuse of office.

The employees are facing allegations of illegally installing cryptocurrency mining equipment at a power substation. The mining reportedly resulted in the consumption of electricity worth $4,700.

In recent months, Bitcoin mining has been on the receiving end from crypto critics citing the asset’s carbon footprint. Additionally, this is not the first incident for employees to get caught mining Bitcoin in Russia.

Despite the illegal cases, Russia’s Bitcoin mining sector has recently received attention. Notably, several groups are moving to attract miners from other regions. For instance, a group representing the interests of the cryptocurrency sector intends to launch a new project to lure miners.

Under the Russian Association of Cryptoeconomics, Artificial Intelligence and Blockchain (RACIB), the project notes that the country has enough resources to manage Bitcoin mining.

Furthermore, according to RACIB, Russia’s extra electricity can amount to over 50% of power plants’ capacity, depending on the area. The group also plans to leverage the country’s cold climate to facilitate the cooling of mining facilities.

The projects possibly seek to attract miners from regions like China. Notably, in recent weeks, Chinese authorities have launched a crackdown on Bitcoin mining, forcing most operators out. 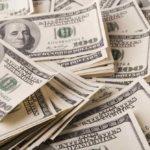