Applications that rely on trust and safety are among those that are beginning to make use of blockchain technology as its potential applications continue to expand.

Samsung, the South Korean electronics and software giant, announced on October 13 the implementation of a “private blockchain” style security system for its smart devices.

The purpose of the system, which has been given the name Knox Matrix, is to enhance the safety of an environment that contains several devices by having each smart device monitor the activity of the others and share access data in order to make the process of logging in more enhanced through “multi-layered mutual monitoring.”

Notably, the technology was introduced as a revision of the company’s existing security strategy at the most recent Samsung Developer Conference Samsung although the firm did not elaborate much more on the inner workings of the system.

For instance, Samsung asserts that using the use of a phone that is linked to another smart gadget, such as a TV or a smart air conditioner, would make these items more resistant to being compromised by any threat.

According to Samsung, its Knox Matrix system will also simplify login procedures across the whole house. This is due to the fact that the login status will be automatically transferred to devices inside the home that need it in order to join the network. However, simultaneously, it will presumably keep critical information from being accessed by other devices that are connected to the network.

Samsung did not disclose any information on the debut date or the technical specs of this system althought the announcement noted that:

“Whether your Samsung devices are based on Android, Tizen, or other OS, Samsung Knox Matrix will be able to provide a unified security SDK [software development kit].”

When it comes to implementing security measures specifically designed for ecosystems based on blockchain technology or cryptocurrencies, Samsung has been quite active. As early as 2019, the business included a wallet inside its flagship smartphone, the Samsung Galaxy S10, which enabled the security of private keys through hardware-based mechanisms as well as announcing the production of Bitcoin mining chips.

The security technology that was featured back then was known as Knox, and it was the forerunner of the system that Samsung has just unveiled. 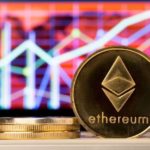