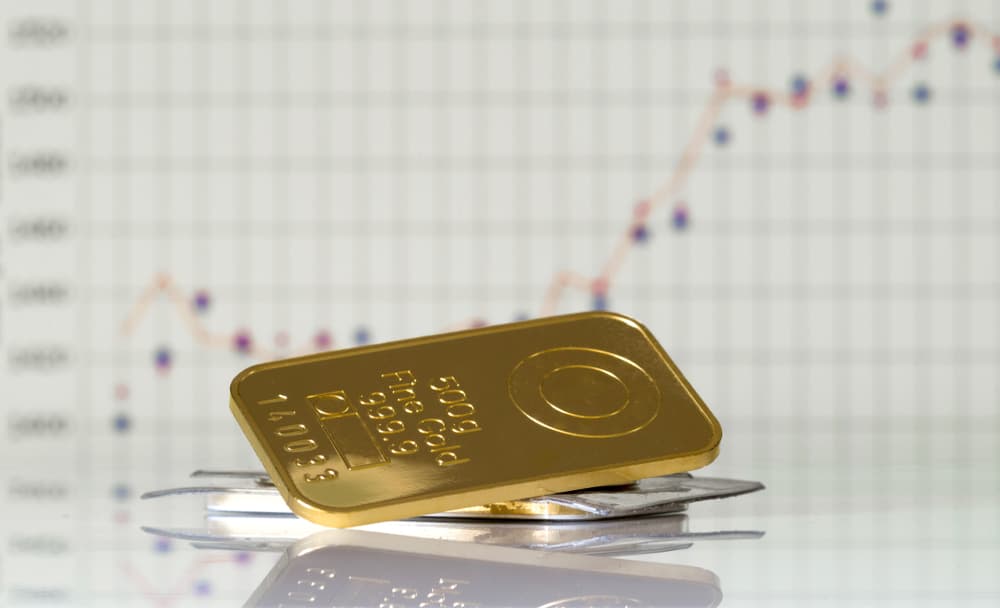 Savers and investors alike seem to be rushing into gold, taking the price higher, while they look for safe havens amidst the war in Ukraine.

Investors generally consider gold a safe inflationary hedge, especially in the face of geopolitical uncertainty. With the Russian-Ukraine war adding inflationary pressure coupled with supply chain issues, gold is playing its role as a refuge for investors fleeing from volatile markets.

In the last six months, gold performed impressively climbing slowly towards all-time highs, the price appreciation was 10.85%. During this time period as global tensions were ratcheting up gold’s performance improved.

In times of turmoil analysts turn to their playbook of hedging their exposure with gold.

Bitcoin’s correlation with gold reaches highest level in over a year Gold bounces on US dollar reversing as Bank of England sets drastic measures R. Kiyosaki warns the end of ‘fake’ money is near, shares investment assets to stay safe

“Gold is an asset which can be expected to perform differently to others though, and is a bit of an insurance policy against disasters elsewhere in markets, so it can work as some diversification in a portfolio.”

After Russia invaded Ukraine most Russian companies faced numerous hurdles in doing business with western counterparts. Gold miners fared no better, though there is demand for gold among Russian investors and the general public.

Gold miners Polymetal and Petropavlovsk are now jumping through hoops to keep their business afloat. The former, whose main investor is billionaire Sergey Sudarikov, has had to restructure its debt to escape western sanctions.

Once the pushback from western governments started these two miners lost 60% of their value on the London stock market, on which they’re listed. Petropavlovsk is now unable to offload its gold due to UK sanctions on Gazprombank, the main loan provider to the mining company.

At times of distress, it is difficult not to follow the folk wisdom of investing in gold. Analysts would generally advise their clients to keep 5-10% of their net worth in gold at all times, increasing or reducing depending on how the global economies are doing.

Traditionally split 60/40 portfolios with some gold exposure and now Bitcoin has all the makings of a solid portfolio for investors.

Time will show us whether this type of portfolio weathers the storms that are currently hitting the markets.