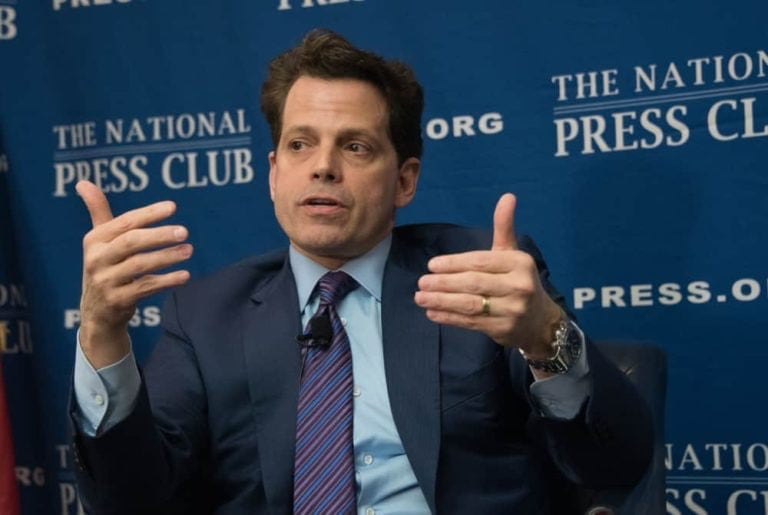 The broader cryptocurrency market is still reacting to the market crash brought about in part by the widely publicized collapse of the Terra (LUNA) ecosystem, which caused significant losses for investors.

On July 19, it emerged the investment management company SkyBridge Capital, which Anthony Scaramucci runs, has temporarily halted withdrawals from one of its funds that has exposure to cryptocurrency assets such as Bitcoin (BTC) and Ethereum (ETH).

Speaking with CNBC’s Squawk Box, Scaramucci revealed Legion Strategies is the name of the fund that was impacted by this decision, which came about as a result of a precipitous fall in the prices of the stocks and cryptocurrencies owned by the fund:

“Our board made a decision to temporarily suspend until we can raise capital inside the fund and then make sure when people get out they get out orderly.”

“About 18% of the fund is in what we would call crypto exposure. So some of that is in Bitcoin and also private investments like in Sam Bankman-Fried company FTX.”

What is the Legion Strategies fund

One of SkyBridge Capital’s lesser funds, Legion Strategies, is projected to have assets under management at a total of $230 million.

On suspending redemptions, Scaramucci stressed they are “temporary suspension until we can raise capital” carried out alongside an independent board and that “the fund is unlevered, so there’s absolutely no fear of liquidation, whatsoever.”

“The last point I’d like to make is. Everyone signed in an investor agreement with this type of flexibility, so I don’t think there’s any surprise here with what’s going on in the overall market. But the good news is we’re catching a bounce now and I think things are going to get better.”

The Securities and Exchange Commission did not approve any of the various companies’ requests to create a Bitcoin exchange-traded fund (ETF). However, according to the information that was available, the company is getting ready to reapply for the position with the regulatory body.

Scaramucci, the company’s senior executive, is an outspoken advocate of the cryptocurrency industry. Notably, about half of the company’s total assets, which are now managed to the tune of $3.5 billion, are already connected to investments in the digital asset space.