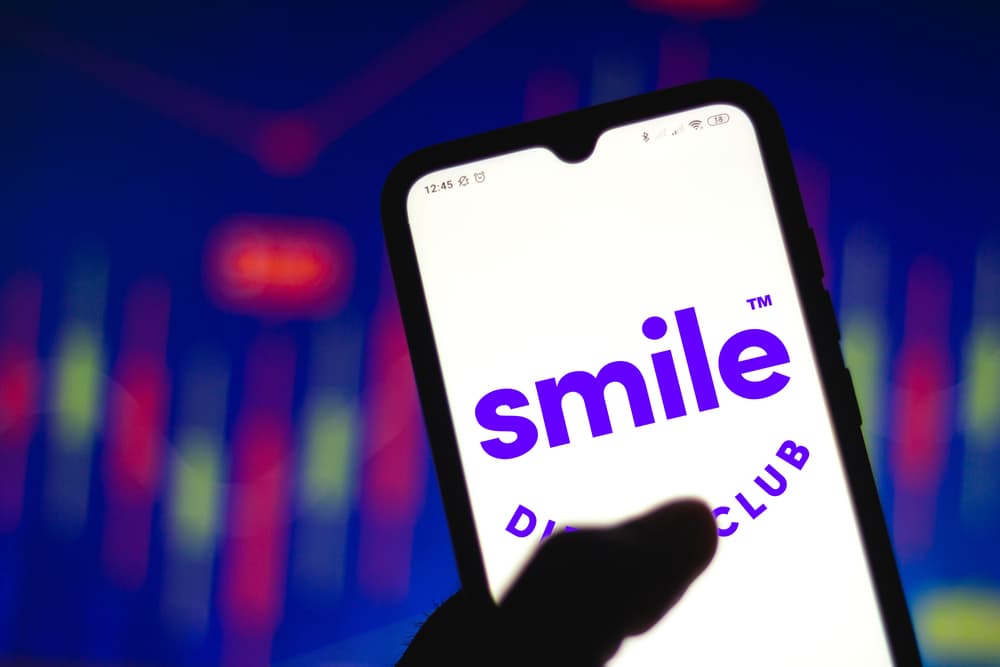 SmiledirectClub Inc (NASDAQ: SDC) finished in the market at $6.00 +0.32 (5.63%) on Thursday amid plenty of interest on the social news website Reddit.

The firm promises to reduce the expense of teeth straightening with products significantly less expensive than traditional wire braces and alternative transparent aligners. Still, despite the promising business model, investors aren’t drawn to SDC for those reasons right now.

Indeed, the SmileDirectClub social media and meme stock phenomena among retail traders have contributed to its recent spike. In fact, the company is presently the market’s sixth most heavily shorted stock, with a short interest of 32.82%.

Generally, retail investors want to set off that squeeze as prices rapidly climb, pushing institutional shorts to cover their holdings. Consequently, the volume has risen significantly in the previous several days, which is promising during a strong upwards move.

SDC’s price has fluctuated a lot in the previous month, ranging between $4.63 and $6.65. At the moment, it’s trading in the center of this range, which means that traders may find some resistance above.

Although the short-term trend is neutral, the long-term tendency is still downward; hence more sustained positive action is required short-term.

Nonetheless, upwards momentum may continue as, notably, the business is trading above its 20-day simple moving averages, typically utilized by stock investors as uptrend indications. As a result of recent performance and a price above the 20-day SMA, it appears that the firm’s short-term positive momentum is bullish, up 24.22% on the 20-day SMA line.

Conversely, it is down on both 50 and 200-day SMA lines which correlate with SDC currently trading in the lower part of its 52-week range. Add in the fact that since Q2 2020, its debt has risen from around $400 million to $744 million, which explains a bearish sentiment among short-sellers especially bearing in mind the S&P 500 Index is trading near new highs.

Ten Wall Street trading analysts made 12-month price forecasts based on SmileDirectClub performance during the past three months. Its average price goal is $7.44, with a high projection of $11 and a low forecast of $4. The forecasted average price is a 24% increase over the previous price of $6.

Based on the stock´s movements over the last three months, one TipRanks expert has recommended SDC as a “Buy,” while six analysts have reaffirmed their “Hold” recommendations. In contrast, three analysts recommended to “Sell.” Overall the analysts consider SmileDirectClub a hold, with an average upside of 24% from its current price of $6.

​​The company’s most recent results were underwhelming, with an earnings per share (EPS) loss of 14 cents compared to a 10 cent loss forecast. At $174 million, revenues fell by 12% short of average estimates.

SmileDirectClub attributes a portion of the failure to the ongoing economic impact of Covid-19 as well as a $10 million hack in April.

Nevertheless, it has had a string of disappointing quarterly reports, and the most recent one has further heightened investor anxiety. It appears that when the short-sellers found out, they flocked to the stock, which then attracted the attention of the short-squeeze community.