As the cryptocurrency market continues to move in a downward pattern in one of its worst bearish slumps in history, financial regulators are using the situation as an argument that the new asset class needs more regulation, including the United States Securities and Exchange Commission (SEC).

Specifically, SEC Chairman Gary Gensler has commented on the recent market downturn, using it to stress the “urgency” of the need to better regulate the industry and that “it’s an urgency about investor protection,” as he told the Wall Street Journal at its virtual CFO Network summit, in a video interview published on June 14.

According to him, the agency wants to introduce “the same kind of protections” that investors have on the stock market but which do not currently exist in the cryptocurrency exchanges and lending – referring to the recent scenarios in which the crypto lending platform Celsius halted all withdrawals and crypto exchange Binance did the same temporarily.

Gensler also touched upon the recent activities the regulator has taken against the crypto lending platform BlockFi, which it had accused of providing unregistered securities while offering variable interest payments in return for customers’ crypto deposits. The charges were settled after the company agreed to pay $100 million.

Furthermore, he stated that the SEC was discussing registration under its jurisdiction with six platforms, including crypto exchanges. As he explained:

“There’s a potential path forward on the crypto lending platforms. The crypto trading platforms, are sort of looking at that and saying what do we do until those tokens themselves are registered? We have about six projects that we are working through trying to get crypto markets to get them registered.”

The SEC has been at the forefront of crypto skepticism for quite some time. In mid-May, its chief warned the public that some digital asset exchanges may actually be betting against their own customers, as Finbold reported.

Meanwhile, the regulator is still entangled in a high-profile lawsuit against Ripple, a blockchain company it accuses of having sold over $1.3 billion in unregistered XRP tokens between 2013 and December 2020.

The SEC’s stance toward crypto has attracted the attention of multiple U.S. congressmen, which wrote a letter to the agency in March, questioning its information-seeking practices where crypto startups are concerned. 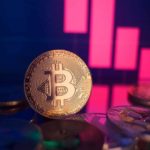