The United States Securities and Exchange Commission (SEC) has extended the review time for the VanEck Bitcoin exchange-traded fund (ETF) proposal by 45 days yet again. The regulator would like interested parties to remark on the possible market risks posed by the new financial product.

The agency continues to postpone additional plans while citing concerns over fraud and manipulation in the space, announcing in the Wednesday filing [PDF] that it would want additional information before deciding whether to accept a Bitcoin ETF proposed by asset management VanEck. If the regulator approves VanEck, bitcoin will become much more accessible to the general public.

VanEck filed its most recent Bitcoin ETF application in late 2020, acknowledged by the SEC by mid-March, which triggered the 45-day clock. However, the securities regulator postponed the decision window by 45 days in late April, extending the deadline to June 17.

In a regulatory filing, the agency stated that it would seek more public comment on the plan to list the ETF on Cboe Global Markets, extending the time for persons to reply until July or August.

The central questions for the public from the regulator include issues regarding fraud and whether the trust and shares linked with it would be vulnerable to market manipulation. In addition, the agency also invites interested parties to weigh in on whether the regulatory landscape has evolved sufficiently in the right direction since the first Bitcoin ETF applications surfaced in 2016.

The SEC is responsible for determining whether proposed ETFs function in a fair and liquid market. It does not normally evaluate investment qualities. The filing reads:

“The Commission is instituting proceedings to allow for additional analysis of the proposed rule change’s consistency with Section 6(b)(5) of the Act, which requires, among other things, that the rules of a national securities exchange be “designed to prevent fraudulent and manipulative acts and practices” and “to protect investors and the public interest.”

Filing for an application

In total, the agency may extend the decision window to 240 days. Previously, the asset management attempted to have files approved. However, the SEC has not yet authorized any crypto ETFs in the United States.

Nathan Geraci, president of the ETF Store, told CoinDesk in a recent interview:

“In rejecting numerous bitcoin ETF applications, the SEC has continually stated concerns over fraud and manipulation in the underlying bitcoin spot market.”

Other companies that have filed for a Bitcoin ETF in the US include Kryptoin Investment Advisors, Galaxy Digital, Fidelity, and Wisdom Tree. However, the SEC recently postponed its judgment on the Kryptoin ETF application, extending the deadline to July 27 by 45 days.

It is clear the SEC is concerned that it lacks sufficient oversight of cryptocurrency exchanges and, as a result, cannot assure that proper investor safeguards are in place at this time. 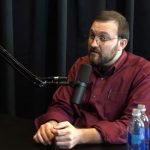 Cardano CEO to Elon Musk: DOGE needs a complete overhaul to stick around