According to Bloomberg’s senior ETF analyst Eric Balchunas, Gensler’s comments are the “first ray of light” he has seen regarding the approval of a spot Bitcoin exchange-traded fund (ETF).

The analyst noted that a spot Bitcoin ETF could be on the cards but only if Gary Gensler can eliminate a significant obstacle that stands in the way of approving a spot ETF, which is “un-wild west the crypto exchanges.”

“This is the first ray of light I’ve seen re a spot Bitcoin ETF approval bc if Genz can un-wild west the crypto exchanges, that would remove a BIG problem he has w approving spot ETF. Still doubtful, and could take a long time, but worth monitoring.”

However, Balchunas made it clear that it is still worth keeping an eye on the issue, even though he is still skeptical of the matter at hand of clear crypto regulation and believes that it will take a long time before it comes to fruition.

SEC to target crypto platforms in 2022

Gary Gensler believes that the SEC should scrutinize cryptocurrency trading platforms while keeping a close eye on their operations. He expressed optimism that further monitoring will take place this year to provide investors with greater security when dealing with Bitcoin and other cryptocurrencies.

“If the trading platforms don’t come into their regulated space this would be another year of the public being vulnerable,” he told Yahoo finance.

The 64-year-old has remarked on several occasions that stricter investor laws are needed in the crypto market. Notably, last year, he expressed his appreciation for the space but said that this would not prevent him from advocating for more stringent regulations in the marketplace.

Gensler revealed he’s instructed his staff to bring cryptocurrency trading platforms within the “investor protection remit,” and stressed that he’s in frequent contact with regulators at other agencies, including the Commodities Futures Trading Commission, the Comptroller of the Currency, the Treasury, and the Federal Reserve, to ensure that investors are protected.

The American highlighted “real vulnerabilities” with cryptocurrency exchanges, describing Bitcoin as a “highly speculative” asset class and emphasizing that the platforms may be registered in certain jurisdictions offering a small amount of consumer protection. 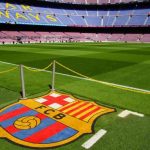 Binance in talks with FC Barcelona over sponsorship deal