In spite of the cryptocurrency market’s current gloomy trend, interest in Shiba Inu (SHIB) seems to be increasing, with the asset even acquiring new investors.

Over the course of a month, the dog meme cryptocurrency had attracted more than 30,000 investors as interest has returned to the digital asset.

Data acquired and calculated by Finbold shows that there were 1,139,421 holders of the token on April 27 compared with 1,169,989 on May 26, representing a total increase across this time frame of 30,568, as per CoinMarketCap statistics.

Whatsmore, Finbold discovered at the beginning of March that the number of on-chain transactions involving SHIB had declined for the fourth month in a row, during which time this figure had decreased by 9.27%.

Why are SHIB holders now increasing?

Notably, Shiba Inu, recently surpassed FTT, the native token of the widely used cryptocurrency exchange FTX, to become the top holding of the largest 500 whales on the Ethereum network.

As recently as last week, SHIBs team released the first hint towards an announcement that would “floor everyone,” according to the cryptocurrency’s lead developer Shytoshi Kusama.

The SHIB team has announced that seasoned entertainment industry professional Marcie Jastrow has joined the SHIB team’s metaverse team and will be contributing to the project that is being referred to as “Shib: The Metaverse.”

In order to contribute to the development of the meme-based cryptocurrency, the Shiba Inu team and community enthusiastically welcomed Marcie Jastrow. Jastrow has worked in the entertainment sector for almost 20 years and has been called an “early pioneer in Immersive.”

Add to the mix you can now use SHIB to buy the luxury watch Tag Heuer as well as payment method at thousands of restaurants.

This also comes at a time when Shiba Inu’s burn rate has been skyrocketing recently, to the point where a record 12.8 billion SHIB were burnt in just 24 hours after the cryptocurrency’s burn portal began awarding $RYOSHI prizes to people who burn tokens. 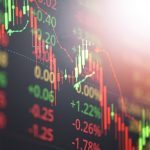