Meme cryptocurrency Shiba Inu (SHIB) has traded sideways in recent weeks as the general market felt the effects of the FTX cryptocurrency exchange collapse. However, despite the inability to mount a significant rally, SHIB is attracting interest from investors, as exhibited by the number of holders.

In particular, as of December 11, SHIB had 1,258,320 holders, adding about 7,083 holders in December from 1,251,237 recorded at the start of the month. In this case, SHIB has added an average of 643 new holders daily in December, according to data provided by Etherscan.

Indeed, SHIB holders are attempting to recover from a deep decline in November. For instance, the asset lost almost 9,000 holders in the last week of November.

Notably, SHIB price has mainly traded in the red zone across December, with the asset struggling to find a bottom that would trigger an uptrend. By press time, Shiba Inu was trading at $0.0000092, while at the start of the month, the asset was valued at $0.0000093. The December chart shows the token peaked on December 5 at $0.0000099.

Despite the price correction, Shiba Inu has sustained a steady trading volume. By press time, the asset’s 24-hour trading volume stood at $61.7 million, rising by almost 8%, according to CoinMarketCap data.

It is worth pointing out that the struggling SHIB prices are reflected in the amount of money made by holders. As per a Finbold report on November 21, about 76% of SHIB holders were in loss, while only 15% were in profit.

SHIB is far from the highs of 2021, with token suffering the impact of the general market correction. Chances of a bullish momentum were derailed after the FTX debacle; however, SHIB is likely to benefit from possible network adoption news.

In fact, the coin found some relief after Elon Musk acquired Twitter with speculation that SHIB might be integrated as a payment option on the social media giant. However, Shiba Inu has not fully capitalized on the development.

At the same time, the SHIB community on CoinMarketCap remains bullish regarding asset’s prospects. The community leveraging the price estimate feature has predicted that SHIB will likely trade at $0.000011 by December 31.

Furthermore, as reported by Finbold, factoring in several technical indicators, a machine learning algorithm has predicted that the decentralized finance (DeFi) asset is set to trade at $0.000010 on December 31, 2022. 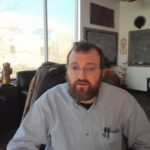