In particular, the popular dog coin is ranked fourth on the platform with 2.3 million followers, having just surpassed the long-established XRP, which is currently ranked fifth with 2.2 million followers.

Elsewhere, Binance Coin (BNB) leads crypto Twitter with the most followers with 6.6million, in second it comes as no surprise to see the flagship digital asset make the list Bitcoin (BTC) with 3.9 million followers, and finally in third is the original meme coin Dogecoin (DOGE) with 2.6 million.

Notably, SHIB is narrowing the gap on its adversary in terms of followers, with just 300,000 followers separating them from their dog coin competition. While Dogecoin originally joined Twitter in December 2013, Shiba Inu joined in February 2021 and has amassed a massive following in less than a year.

It’s worth noting that SHIB already achieved its ‘flippening’ when it momentarily exceeded Dogecoin in terms of market value earlier this year. Continuing the ascendancy of the Shiba Inu as the most popular dog currency will be critical if the SHIB community wants to see the asset maintain its prominence in the future.

BNB ranks as the most popular

As previously mentioned, BNB is the most followed cryptocurrency on Twitter and has almost three times the amount of followers as Shiba Inu.

The native currency of the popular Binance crypto exchange has also surged in market values this year, ranked third highest cryptocurrency trading at $535 a coin with a market cap of 489.2 billion, according to CoinMarketCap data.

The increasing social following may be a major predictor of the success of a project or currency, as seen by Dogecoin’s rising popularity, as we discussed previously.

Recently, Tesla (NASDAQ: TSLA) CEO Elon Musk commented on the benefits of Dogecoin against Bitcoin as a transaction currency.

“Fundamentally, Bitcoin is not a good substitute for transactional currency. Even though it was created as a silly joke, Dogecoin is better suited for transactions. The total transactional flow that you can do with Dogecoin, transactions per day has a much higher potential than Bitcoin.” he said.

In the case of Dogecoin, Musk’s comments about the cryptocurrency in the past have helped enhance its popularity and drove the meme coin’s price to surge. 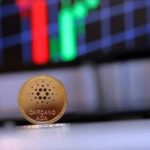