The sporting world is currently focused on the ongoing Tokyo Olympic games as different athletes fight for glory. However, as athletes jostle for Olympic success, not all participants who finish on the podium take home the same cash reward.

According to data acquired by Finbold, Singaporean athletes earn $744,000 for winning the gold medal, $372,000 for the silver medal, and $286,000 for the bronze medal. The gold prize money is at least 20 times more than the $37,500 earned by United States athletes. For silver and bronze medals, U.S. athletes earn $22,500 and $15,000, respectively. Among selected 12 countries, Singaporean athlete earnings rank in the first spot while the U.S. is in the 11th position.

Although the International Olympic Committee (IOC) manages the games, the organization does not pay prize money to winners. Therefore, many athletes receive payments from their countries, explaining the vast difference between the prize money. However, not all countries offer a prize for a medal earned at the Olympics. For instance, Great Britain doesn’t pay additional money for medals.

Additionally, countries paying a high amount of money are still attempting to establish themselves in the Olympic Games. Therefore, the considerable prize money acts as a critical motivating factor for athletes.

For competitive countries, the athlete earnings are substituted by other revenue streams like corporate endorsements. Furthermore, these athletes earn monetary and non-monetary gains from the host countries to have a podium finish. The respective sports associations pay stipends including training grants, health insurance, and college scholarships.

Such financial support allows athletes to focus on their training and performance and not be distracted by financial pressures. It is worth noting that Olympics usually occur after four years, meaning that very few competitors end up earning enough sponsorship money to underwrite their entire careers.

With a limited number of medals at the Olympics, many athletes are not fortunate to land sponsorships, endorsements, and medal bonuses. Therefore, in some countries, athletes planning to participate in the Olympics are sponsored by their governments, family, friends, and local communities.

Need to leverage on the Olympic stage

Over the years, there have been calls to have the IOC leverage on the Olympic stage and increase marketing to ensure athletes cash on the games. However, the IOC argues the event needs an uncluttered advertising space to preserve the tradition. 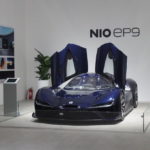