The adoption of smart home devices is growing globally as more users turn to technology to enhance their lifestyles. However, the distribution of ownership varies significantly between different regions.

According to data acquired by Finbold, 24.9% of United Kingdom internet users aged between 16-64 years old say they own smart home devices. The figure is almost double the global average of 13.5%. Ireland is among countries above the global average with 22.2% to rank second overall. Canada and United States ownership accounts for a share of 21.2% and 20.2%, respectively.

Elsewhere, Netherlands, India, and Mexico ownership of smart home devices is below the global average at 13.4%, 13.1%, and 13.1%, respectively. Data on smart home device ownership is based on global research compiled by GWI and Datarelportal.

Smart home devices adoption has been growing in recent years, with demand for various products in categories like smart thermostats, voice assistants, security systems, smart appliances, and intelligent lights growing. The adoption has been aided by a growing level of interoperability among devices that allow consumers to connect their new devices to their homes and each other.

In general, smart home devices continue to form integrations in consumers’ lifestyles, bringing convenience, comfort, and peace of mind. The growth of home devices has also been aided by the demand for products that target their specific needs.

The increasing penetration of the internet and the emergence of affordable smartphones is also driving ownership in developing markets like India. At the same time, these regions are also attracting new vendors moving away from domination by companies like Amazon and Google. Notably, the tech giants are controlling markets in the developed world.

Furthermore, the availability of disposable income enables consumers to invest in high-end home smart devices and solutions. Notably, retailers of the devices are also enabling consumers to purchase various devices through different offers like the Cyber Monday shopping deals.

For instance, according to Shopify President Harley Finkelstein, the platform’s merchants’ Cyber Monday sales have already topped 2020 figures. This is in line with the trend witnessed over the recent years where smart home devices have been among the selling points for most retailers.

Furthermore, the ownership share emerges amid changing consumer behavior mainly driven by the effects of the coronavirus pandemic. Amid the health crisis, most people spent money on technology-related services and devices. With most people staying indoors, smart home devices acted as enablers for a smooth stay at home amid the crisis.

Although smart home devices aim for mass adoption globally, the drive is facing some constraints. Like any other technological innovation, smart home devices are also plagued with security and privacy concerns. Notably, consumers are concerned by the amount of data the devices can collect and if it’s safe.

The pricing factor is also playing a key role in the adoption. Currently, most smart home devices are considered expensive, keeping away more users considering they also involve other upfront costs like installation and maintenance.

To attain large-scale adoption, manufacturers will be compelled to focus on offering value to the consumer. Players who will concentrate on making it easier to harmonize the many single-point devices into a single, smart home ecosystem will potentially emerge victoriously. 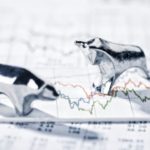 Bitcoin holds steady above $56K as markets begin to calm