The YouTube account for the South Korean government was hacked on Saturday, September 3, reportedly to broadcast a film connected to cryptocurrencies, but it has already been restored.

At 3:30 in the morning, the official channel for the government on the video-sharing platform looked to have been hacked, as its name had been changed to “SpaceX Invest.” It displayed a live broadcast on cryptocurrencies that featured an interview with Elon Musk, the founder of SpaceX and CEO of Tesla (NASDAQ: TSLA), as per South Korean news outlet Yonhap News Agency on September 3.

An official from the ministry of culture and tourism, which oversees the YouTube account, said that they had been aware of the problem at 6:00 a.m., had taken precautionary steps, and had successfully restored the account at 7:20 a.m.

The official said that it was believed that the user ID and password for the account had been hacked. Google, YouTube’s parent company, confirmed that the channel had been hacked, with a spokesperson from Google Korea stating that the company is investigating the circumstances behind the event.

Cyber attacks in South Korea increase in the last week

The cyberattack comes in the wake of a breach that occurred earlier last week on a YouTube channel managed by the Korea Tourism Organization (KTO).

According to KTO, the channel, which has around 509,000 members, was targeted for the first time on September 1 and then again the day after. As per a KTO official, Google will immediately ban access to the account if it detects any strange connections trying to log in.

Meanwhile, cryptocurrency scam revenue falls 65% in a year, as the latest hack on the South Korean government channel becomes the latest attempt to deceive investors. 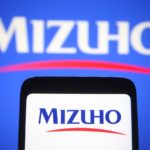