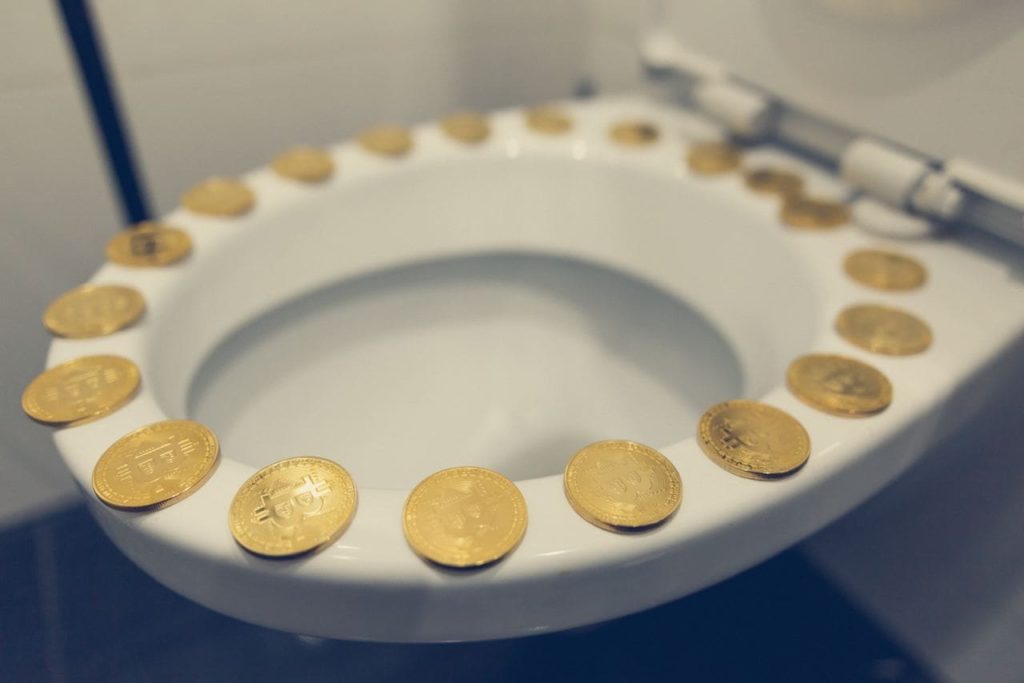 The creation of so-called ‘meme coins’ and, for lack of a better expression in the blockchain industry, ‘shitcoins‘, which refer to worthless coins or tokens that have little to no utility outside speculation, has turned out to be one of the most hilarious developments in the cryptocurrency space to date.

Professor of urban and environmental engineering at Ulsan National Institute of Science and Technology in South Korea, Cho Jae-weon devised a lavatory that is kind to the environment. But that’s not the only thing. The toilet at Cho’s home is linked to a laboratory that converts human waste into biogas and fertilizer.

Notably, the Science Walden project and the double entendre named ‘white paper’ were first revealed in July 2021, much to the amusement of the crypto community. At that time, the BeeVi toilet was also introduced, which converted human excrement into methane gas and rewarded its “depositors” with a digital currency called Ggool.

How the toilet works

The toilet eliminates the need for buckets full of water with a vacuum function, which whisks the waste away into an underground tank. The feces are broken down and converted into methane by microorganisms that have been purposefully introduced into the tank.

After that, the methane is converted into an energy source for the structure. To this point, it has been used to power a gas stove, heat water, and a solid oxide fuel cell.

Professor Cho also designed a cryptocurrency that he termed Ggool (which translates to “honey”). Everyone who defecates in the unique toilet in exchange for 10 Ggool will get the reward.

The Ggool may already be used to purchase various items. On campus, students at the institution have access to a variety of retail options, including coffee shops, noodle restaurants, and bookstores.