T-Mobile (NASDAQ: TMUS) is looking to SpaceX’s satellites to help cover the US with wireless service. On Thursday, August 25, during a live event at the Texas Starbase, CEO and President of T-Mobile Mike Sievert and SpaceX Chief Engineer Elon Musk announced the “coverage above and beyond.”

In essence, this plan will bring cell phone connectivity everywhere, using SpaceX’s Starlink satellites in Earths orbit. Previously unreachable locations will now have access to T-Mobile’s services, according to the two CEOs.

The service will be initially offered through SpaceX in a beta phase in select areas by the end of this year, possibly coinciding with the launch of Starlink V2 satellites. Further, the beta will be limited to text messages (SMS, MMS, and some messaging apps), with voice and data coming at a later stage.

During the live event, the two leading men of their respective companies lauded this joint effort which they see as groundbreaking, with Sievert focusing on customer connectivity and competition.

“We’ve always thought differently about what it means to keep customers connected, and that’s why we’re working with the best to deliver coverage above and beyond anything customers have ever seen before. More than just a groundbreaking alliance, this represents two industry-shaking innovators challenging the old ways of doing things to create something entirely new that will further connect customers and scare competitors.”

Musk summed up the gist of the cooperation:

“The important thing about this is that it means there are no dead zones anywhere in the world for your cell phone. We’re incredibly excited to do this with T-Mobile.”

Equally important, the two visionaries extended an open invitation to carriers around the globe to join in on the project, with T-Mobile promising that it will offer ‘reciprocal roaming’ to other wireless providers that join in.

Finally, to end things on a high note, Musk quipped that he’d ‘love to have T-Mobile on Mars’. 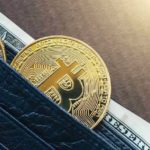