Vueling, a Barcelona-based airline that is a part of IAG, and BitPay have reached an agreement that will make it possible for customers of the airliner to pay using cryptocurrency.

In order for the Spanish airline to provide this service, they will use the technology provided by UATP, which is the worldwide payment network for the aviation sector, which enables a quick integration process, according to a report by PRNewswire on June 16.

Due to this partnership, Vueling will be the first low-cost airline in Europe to accept cryptocurrencies like Bitcoin (BTC) and Ethereum (ETH) as a payment method.

Starting in the year 2023, anyone will be able to make use of this service, which will be accessible through the company’s website.

Customers can choose between 13 different cryptocurrencies

The ticket prices will be displayed in Euros, and customers will be able to pay for their flight from more than 100 wallets as well as choose between 13 different cryptocurrencies such as Bitcoin, Bitcoin Cash (BCH), Dogecoin (DOGE), Ethereum, Litecoin (LTC), Shiba Inu (SHIB) and Wrapped Bitcoin (WBTC) to pay.

“With this agreement, Vueling once again reaffirms its position as a digital airline. We are very pleased to have found in BitPay the best partner to offer our customers the possibility of making transactions with cryptocurrencies with the greatest security and reliability”.

When making a payment with a cryptocurrency, the transaction is a push transaction, which means the user transmits the exact amount, rather than a withdrawal as with regular credit or debit cards. This eliminates the possibility of fraudulent transactions and phishing. 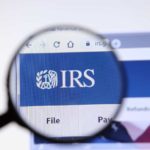