The Spanish National Police (Policía Nacional), in close cooperation with Europol and law enforcement from five other countries, have seized in the city of Málaga the first-ever half-submersible vessel being built on European territory. Similar vessels captured in the past have always been of Latin American manufacture.

According to an official Europol’s statement, the seizure was made in the framework of Operation FERRO, a high-level law enforcement operation against an organised crime group involved in large-scale drugs trafficking. As per the press release:

“Over 300 police officers carried out this operation in Spain, supported by the National Police of Colombia (Policía Nacional de Colombia), the Dutch National Police (Politie), the Portuguese Judicial Police (Polícia Judiciária), the U.K. National Crime Agency and the U.S. Customs and Border Protection, with international activity coordinated by Europol.”

Operation FERRO was carried out in several phases

At the beginning of the operation investigators identified an organised crime group, composed of Spanish, Colombian, and Dominican nationals, involved in large-scale trafficking of cocaine, hashish, and marijuana.

In November 2020, police officers in Spain arrested the leader of this criminal network in Tarragona, alongside 13 of his accomplices.

In February of this year, another branch of this organised crime group was targeted. Four individuals were arrested in Tarragona and a shipment of 583 kilos of hashish on its way to France and Italy seized.

As reported by Europol, one of the main targets was arrested in February at the El Prat airport in Barcelona as he was trying to flee to the Netherlands. As a result of this arrest, a warehouse was searched in Barcelona which led to the seizure of 300 kilos of cocaine.

A clandestine drug laboratory was discovered in Barcelona next to an indoor cannabis plantation with over 1 150 plants. A 15-meter long speedboat belonging to this criminal network and loaded with 7 000 litres of gasoline was also seized in the region of Murcia.

At the end of February, the remaining members of the criminal network were arrested. Some 6 000 litres of drug precursors were also seized, destined for a clandestine laboratory in Murcia.

Some stats on operation FERRO

Europol’s EU Drugs Unit coordinated the intense international activity from the onset of this Investigation. Its team of specialists facilitated the exchange of information between the different countries involved and analysed the operational data to identify the main targets. 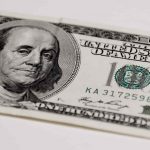 Inflation erodes the value of the U.S. dollar by 85% in 50 years