The Swedish firm reached 365 million monthly active users (MAUs) in the second-quarter results, up 22% year-on-year (YOY). While 22% growth is certainly impressive, it fell short of its stated target of 366-37 million MAUs. Besides that, the remainder of the company’s financial performance beat expectations, with overall revenue increasing by 23% YOY.

Since its earnings report in July, the company has been on a rocky road, and over the last month, SPOT has traded in a pretty wide range of $222.48 – $263.59. It is currently trading in the middle of this range, indicating that traders may find some resistance above the current price.

Spotify presents a good setup pattern since prices have been stabilizing recently, reducing the volatility. A pullback is taking place, which may offer a good chance for an entry.

However, the short-term trend remains neutral, whereas the long-term trend continues to be negative especially since SPOT is currently trading in the lower part of its 52-week range, which is not a good signal.

Nevertheless, fifteen Wall Street trading analysts made 12-month price forecasts based on Spotify’s performance during the past three months giving it an optimistic estimate. Its average price goal is $293.73, with a high projection of $428 and a low $170. Thus, the forecasted average price is a 25.07% increase over the previous price of $234.86.

Based on the judgment of the last three months, nine TipRanks experts have recommended SPOT as a “Buy,” while four analysts have advocated to “Hold.” Interestingly two of the experts suggest “Sell.”

Overall the analysts consider Spotify a “moderate-buy” with an average price target increase of 25.07% from its current price of $234.86.

Since the Swedish streaming service launched its own podcast platform, it has outperformed Apple (NASDAQ: AAPL) Podcasts in several nations. As of right now, according to an eMarketer study, Spotify is on the verge of surpassing Apple Podcasts in terms of worldwide user base size.

According to the study:

“Spotify will narrowly surpass Apple in that metric by the end of this year. The Swedish streaming company will have 28.2 million monthly podcast listeners over Apple’s 28.0 million, a razor-thin lead that will widen in the years to come.”

Spotify has made significant investments in the podcasting industry. In fact, over the last few years, the firm has spent more than $1 billion on podcast-related purchases, including $60 million in the most recent quarter to bring the popular podcast Call Her Daddy exclusively to its platform.

Since January 1, 2020, the business has included all of these podcast costs in its cost of revenue for the ad-supported segment, which is a change from the previous year.

Adopting this accounting structure has resulted in a somewhat deceptive gross margin figure since Spotify has been trying to expand its podcast library in recent months. These investments, on the other hand, are starting to pay off. 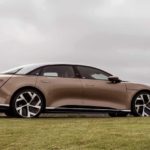