Sri Lanka’s cabinet has issued a go-ahead to form a committee that will oversee a possible venture into digital banking, blockchain, and crypto mining solutions.

A press release from the Department of Government Information notes that the new focus on digital solutions is part of attracting foreign investment in the fields highlighted.

The committee has also been tasked with ensuring that in the event of blockchain adoption, it should come up with means of preventing money laundering, terrorism financing, and other criminal activities related to the technology.

“The necessity of developing an integrated system of digital banking, blockchain, and cryptocurrency mining has been identified to pace on par with the global partners in the region while expanding trade to the international markets,” the department said.

The committee that comprises five members will borrow a leaf from approaches adopted by other jurisdictions like Dubai, Malaysia, the Philippines, Singapore, and the E.U.

The committee was proposed by Namal Rajapaksa, a cabinet member whose roles include Minister of Development Coordination and Monitoring.

Keeping up with competition

The country aims to keep up with other South Asia peers who are already in the process of assessing the blockchain and crypto sector.

In August this year, Rajapaksa expressed his intention to push for blockchain technology in the country as part of developing the economy.

He has argued that the country needs to focus more on blockchain and use its potential to create e-commerce platforms that can go global and expand the country’s digital economy.

The government official has maintained that the sector can create massive foreign exchange and also create large-scale employment.

Recently, the country has been making inroads to modernize its economy under the national policy framework dubbed “Vistas of Prosperity and Splendour.” 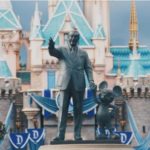