Velo Labs stated it has collaborated with two other fintech startups to build the remittance corridor using the Stellar XLM blockchain, as the global settlement network platform, to speed up cross-border payments.

The $17 billion corridor will be stored on the Stellar (XLM) blockchain, and that it would also work with Tempo Payments and Bitazza.

At the time of publication, XLM was changing hands at $0.336 a 4% increase in the last 24 hours and up 23.5% in a week as a result of the remittance corridor’s launch, according to CoinMarketCap.com data.

Assuming the Stellar rally picks up steam following the resistance breakthrough. In that case, the price of XLM may rise to $0.427, the 38.2% Fibonacci retracement of the May-June drop, before entering a corrective phase.

As it enters an uptrend, XLM is breaking through all resistance levels and rising past its exponential moving averages (EMA).

While XLM has also broken past the R1 resistance level and is continuing to rise in line with the pivot point and zig zag.

Technically speaking, since the reports of a Stellar offer for MoneyGram on July 22, the rally has been steady, guided by a rising parallel channel. Additionally, according to reports, the seven-year-old Stellar Foundation is considering investing more than a billion dollars to buy MoneyGram as part of its expansion.

In general Stellar Lumens is becoming increasingly popular as a payment network, this is contributing to the ascent of the XLM cryptocurrency.

It is worth noting that the payment corridor will serve almost 600 million users in many Southeast Asian nations and Europe. Blockchain technology has emerged as a potential tool for enabling global low-latency, low-cost, and genuine cross-border payments.

Presently, XLM has a market capitalization of $7.9 billion and is ranked 20th amongst the top 20 digital assets in the world. 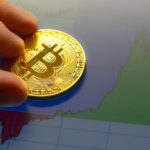