Global stock markets have begun to cool off as the week draws to a close. Escalating US-China tensions and a grim employment outlook has dampened the sentiment.

U.S. stocks inched a little higher this week though things had started to turn south by Thursday. The S&P 500 still could not break the 3,000 point psychological barrier but it has gained 2.96% this week while the Nasdaq Composite is up 3% in that time.

The U.S. stock futures were also higher on Thursday night with Dow Jones Industrial Average futures gaining 109 points or 0.5%. S&P 500 and Nasdaq 100 futures advanced a little with just under half a percent each.

Sentiment had started to cool by the close on Thursday, however, as data showed another 2.4 million Americans filed for unemployment benefits last week. This brings the total number of filings during the Covid-19 pandemic to more than 38 million. Friday could see further losses on U.S. markets if the sentiment remains negative.

President Trump has ramped up the anti-China rhetoric, claiming that the PRC was behind a disinformation and propaganda attack on the U.S. and Europe. The tensions have added to existing pressures on markets as investors remain jittery.

Stocks in Hong Kong took a beating Friday morning after the Chinese government said it planned to impose national security legislation on the city. Fears of mass protests sparking back up have accelerated the selloff.

The fall was echoed across Asia as markets started to slide in China, Japan, Korea and Australia.

Gold prices plunged on Thursday after hitting a weekly high of $1,746/oz the previous day. They had fallen to $1,725/oz which is lower than Monday’s opening price as the precious metal corrects after recent highs.

Since the beginning of the year, gold prices have gained 13.6% as the safe haven narrative strengthens.

Silver prices mirrored the move falling from a weekly high of $17.50/oz back to $16.80/oz on Thursday. Since the mid-March coronavirus crash, Silver prices have almost fully recovered to their previous levels.

Oil continues to strengthen but that too followed the same pattern with a fall yesterday. U.S. benchmark West Texas Intermediary (WTI) dropped from a weekly high of $33.49 to $31.68. Brent Crude meanwhile had a similar tumble from $35.75 to $34.24.

In the world of cryptocurrencies, Bitcoin also cooled off this week following a week trading just below five figures. The world’s most popular digital asset ditched around 7.5% in a fall back to just above $9,000. 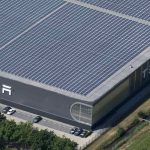